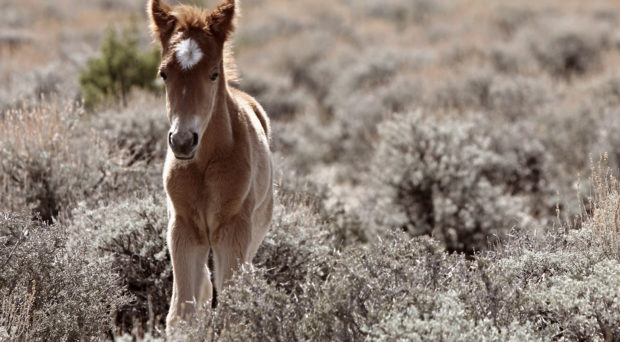 Parascaris spp., are important pathogenic parasites of juvenile horses and the first ascarids to develop widespread anthelmintic resistance. Parascaris worms are found in the small intestine of horses, feeding on the intestinal content. They also have migratory stages.

Parascaris infections are considered very pathogenic for young horses, and can also be very tough to treat, with increasing reports of widespread anthelmintic resistance to all three classes of anthelminthic drugs.

There is an urgent need to find alternative approaches to parasite control in the veterinary sector to address the issue of anthelmintic resistance, especially for Parascaris spp, before current drugs cease to offer any treatment to such infections.

The microbiota, the microorganisms that live on or in a defined environment, have increasingly been studied in the context of health as evidence builds that their composition and interactions can impact health, from autoimmune issues to mental health. It is now being leveraged as a potential intervention to improve health outcomes, including in human parasite control.

A 2019 publication listed the top 100 research questions, out of 385, for the field of livestock helminthology, as voted on by researchers in the field, and parasitic worm microbiome (the genetic information of the microbiota) was number 73.

Researchers at the Maxwell H. Gluck Equine Research Center at the University of Kentucky carried out the first characterization of the microbiota of an ascarid parasite. The research team looked at:

The DNA was extracted and next generation sequencing, short read 16S rRNA sequences and Illumina sequencing was used to characterize and compare the microbiota of whole worm and of specific organs. The data was analysed for:

A recent study by Jennifer Cain and colleagues is the first characterization of the microbiota of an ascarid parasite. Researchers found that there were 11 shared bacteria genera across the studied groups (worm life stages, sex and organs).

The diversity indices of the whole worm microbiota were not significantly different between the whole male, female and juvenile worms. However, when looking at specific organs there were significant diversity differences between the microbiota of female and male gonads, with male gonads showing higher diversity. And when looking at abundance there were differences in bacterial species abundance in different organs – particularly for Veilonella and Sarcina bacteria. This suggests that using the whole worm for characterizing worm microbiota can mask nuances in the microbiotic composition of different organs, and in this case the findings are important as the differences were found between male and female gonads. Studies do show that the microbiota can play an important role in helminth reproduction.

This is an exciting first study on the microbiota of an ascarid parasite and opens research potential to develop alternative treatments for the control of difficult-to-treat helminths, as well as the potential of microbiome manipulation for veterinary helminth control.