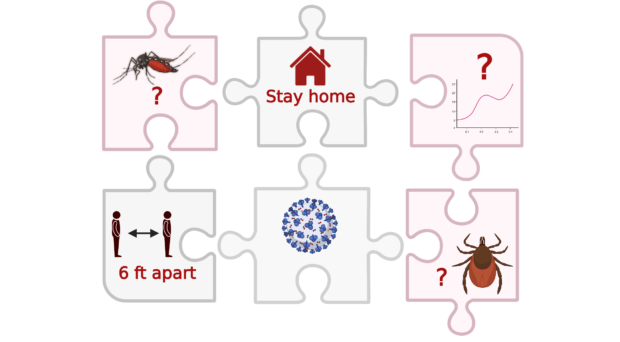 Many of us remember when the first messages of ‘stay home’, ‘keep 6 feet apart’, ‘avoid crowded spaces’ began to circulate. Throughout the COVID-19 pandemic, countries have regulated population mobility through lockdowns, curfews, and travel bans to limit the spread of the virus. But these restrictions have also affected the transmission of other infections, and vector-borne diseases (VBDs) are not an exception. The public health measures taken by different countries during the pandemic provide an opportunity for researchers to understand the impact of movement restrictions on these diseases.

Although ~80% of dengue infections are estimated to be asymptomatic or mild, people suffering severe dengue still face many complications, and it remains an important cause of serious illness and death in many countries. The virus is transmitted by Aedes mosquitoes, day biters that breed easily in any water-holding containers like bottles, tyres, and rubbish – which explains their prevalent distribution in urban and sub-urban areas. In 2019, the world experienced the largest dengue outbreak in history with 5.2 million cases recorded, mainly in the Americas and southeast Asia. But cases appeared to decrease in 2020, after the pandemic started and public health measures were put in place.

A study published in Lancet Infectious Diseases sought to understand the effects of movement restrictions on the transmission of dengue. Chen and colleagues looked at data from 23 countries, which included WHO dengue case reports (2014-2020), climate and population variables, as well as public health and social measures. The latter came from the Oxford Coronavirus Government Response Tracer project, which collects information on policy measures used by different countries during their efforts to tackle the pandemic; these include the closing of schools and workplaces, limitations of public transport, and restriction of public gatherings. Through Google Mobility Reports, they also obtained socio-geographical information – whether people stayed home, commuted to work, or travelled to the grocery store.

Based on reports from previous years, they created a historical model to calculate the difference between observed and expected dengue cases for 2020. With these, the authors focused on two aspects: 1) announced containment policies and 2) recorded changes in people’s behaviour. Through their analyses, researchers estimated that 2020 saw 720,000 fewer dengue cases due to pandemic-related disruptions. Nineteen out of the 23 countries experienced a decline in dengue cases (except for Bolivia, Brazil, Peru, and Singapore), coinciding with the establishment of public health and social measures that increased the time people spent at home. Interestingly, the study showed that ‘school closures’ and ‘reductions in non-residential movements’ had the strongest association with reduced dengue risk; this provided an insight into where transmission of dengue is taking place and where control should be targeted.

The study is not without its limitations, and the authors caution that the effects of pandemic restrictions “are likely to be complex, country-specific, and delayed”. Further analyses as public health and social measures are lifted will increase our understanding of these dynamics, especially once we have the opportunity to look at different time and spatial scales.

Effects on other vector-borne diseases

One of the papers reviewed during the dengue study also looked at the impact of pandemic containment measures in China on four other VBDs. The researchers noticed that the average yearly incidence of malaria, leishmaniasis, and epidemic encephalitis B had decreased in 2020 as compared to the previous five years; this was attributed in part to international travel restrictions (which decreased imported cases) and the continuity of some vector control in the region.

According to the WHO 2021 World Malaria Report, malaria cases in Latin America went down in 2020 after the pandemic started. This was especially evident in Venezuela and was attributed to both movement restrictions as well as a fuel shortage that affected the illegal mining industry (the main driver of malaria in the region). In other places like eastern Rwanda, lockdowns presented a challenge to nurses and health staff who were unable to travel to work and provide malaria diagnosis and treatment. This also affected the patients who, in trying to find a way to healthcare centres, sometimes delayed their malaria diagnosis until their condition was quite severe; despite these access limitations, case reports did not decrease during pandemic restrictions.

However, restrictions did not affect all VBDs equally during the pandemic. In Queensland (Australia), researchers found that cases of the mosquito-borne Ross River virus greatly increased during the implementation of COVID-19 movement restrictions; it seems that people were spending more time in outdoor activities close to home, risking exposure to mosquito bites. A similar effect was observed in Germany with tick-borne encephalitis. Travel restrictions in Australia also decreased the cases of imported dengue and malaria (and potentially limited the influx of invasive mosquito species).

The pandemic can affect the transmission of vector-borne diseases in different ways. On one hand, there may be less cases because confinement reduces exposure to vectors, and where people serve as reservoirs, pathogens may disperse less. On the other, restrictions limit our access to health care, can result in underreporting, and interrupt the funding or operation of vector control programmes across the globe. Furthermore, human behaviour towards health has also changed in the past two years. It will take some time to fully understand the long-term effects of the pandemic on these diseases. 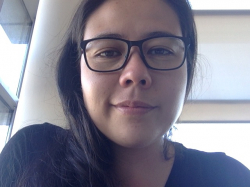 Editor at BugBitten
Karina is a vector biologist with an MSc in medical parasitology (LSHTM) and a PhD in tropical medicine (LSTM). She is interested in many aspects of public health, particularly the ecoepidemiology and social impact of tropical diseases.