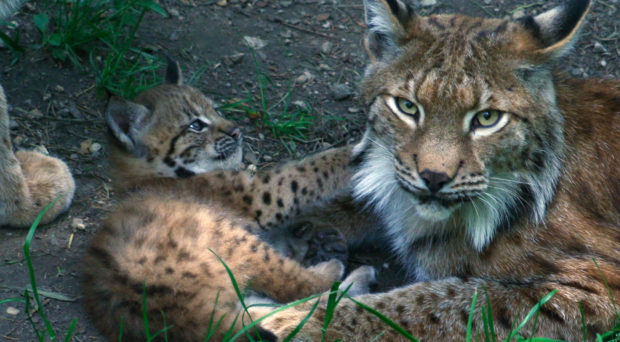 When I started my undergraduate studies, I assumed that because of my love of animals and wildlife, I wanted to go into conservation. Then I attended a parasitology lecture and my focus changed. I am still unsure why, was it the diversity of organisms that use parasitism as a strategy and its evolutionary implications, was it the potential impact on human health and its links to inequality, poverty, and human rights, or was it simply the weirdness of it that horrified yet fascinated me? Whatever the reason I pursued studies on parasites and disease vectors. But parasitology and wildlife conservation are not mutually exclusive. Parasite populations can give important insights into the state of ecosystems, the health of endangered animal populations, the local food chain, links between wildlife and domestic animals, changes resulting from habitat change, invasive species or human impacts and the risk of zoonotic transmission. These important findings can help guide conservation programmes.

An interesting example is highlighted in a recent publication where researchers use coprological collections to study the gastrointestinal and pulmonary parasite population of the re-introduced Eurasian lynx in Germany. The data provided by this study gives insights into the health and ecology of the isolated and fragile Eurasian lynx population in the Harz Mountains and serves as a baseline study for future monitoring surveys of the lynx populations in Europe.

Re-introduction of an apex predator to Europe – the Eurasian Lynx

The Eurasian lynx (Lynx lynx), Europe’s largest wild feline, was driven to extinction in most of Western & Central Europe by the 1950s. In Germany the lynx is estimated to have gone extinct much earlier, around the 1850s. Germany, along with other countries in Europe, commenced reintroduction programmes in the 1970s, 1990s and 2000s and now has three isolated wild Eurasian lynx populations in:

The researchers of this study undertook an investigation to determine the endoparasite (internal parasite) fauna of the Harz Mountain lynx population, whose reintroduction programme started in 2000, and as of 2019-2020 consisted of 71 individual adults and 38 juveniles, inhabiting an area of around 2200Km2. This population is isolated from other lynx populations and, like all three Eurasian Lynx populations in Germany, is protected and managed by ongoing conservation programmes. The Eurasian Lynx is listed as critically endangered on the Red List of the German Federal Agency for Nature Conservation.

Previous reports of endoparasites of the Eurasian lynx in reintroduced wild populations largely came from dead animals, and there are no reports on ecto- or endoparasites of the wild lynx populations of Germany.  In this study researchers used scat (faeces) collection, microscopy and molecular analysis to identify the endoparasites of the Harz Mountain population. 24 faecal samples were collected from 20 different collection sites between 2019 and 2021. These faecal samples were often located near killed prey. The researchers were able to allocate faecal samples to individuals due to the collar transmitters worn by many adult lynx, due to the many camera traps located at commonly used hunting and killing sites and due to genetic sampling of e.g. saliva samples from prey animals.

All faecal samples were fixed in 80% ethanol and analysed at the Institute of Parasitology at Justus University Giessen, Germany using the following tests:

Researchers recorded a wide variety of parasitic species and life-cycle stages. A total of 15 taxa were represented in the scat samples.

In terms of prevalence: 71% of the scat samples contained at least one parasitic stage, and 21% contained 4 or more parasite species. 50% had protozoan parasites and 54 % had nematode species. Trematodes and cestodes were less common.

The most prevalent parasite was Toxocara cati (45.8%), followed by the protozoan Sarcocystis spp. (29.2%) and Cystoisospora rivolta (25%).

The parasites’ story about the Lynx.

What could the researchers deduce from the parasites they found and what could be the implications?

Firstly T. cati is a common lynx parasite, but it is also one that can cause severe health impacts, particularly to juveniles, making is an important parasite to monitor in these fragile isolated populations. The infection can also cause toxocariasis not just in felines but in humans as well so there is a zoonotic element here.  A similar concern exists with the second most prevalent parasite found, the Sarcocystis spp., which can cause a range of health issues including neurological signs, wasting and abortion in lynx, warranting investigation into its prevalence and species identification in the Harz Mountain lynx and prey populations.

An interesting finding was the detection of metastrongyloid first-stage L1 Protostrongylus pulmonalis larvae, a snail-borne nematode that infects lagomorphs (rabbits and hares), a prey of lynx. The authors also reported snail-borne trematodes and zoonotic fish-borne cestodes (Diphyllobothriidae) which was a surprise since Harz Mountain lynx had not been observed to eat fish. These findings give useful insights into the diet of the lynx in this population, the role it plays in the food chain as an apex predator and the health of the ecosystem itself.

Other snail-borne lungworm species that were identified microscopically as Aelurostrongylus abstrusus and Angiostrongylus spp larvae could not be confirmed by molecular analysis, however the authors note that another wild feline found in the Harz Mountains, the European wildcat Felis silvestris silvestris, is known to be a sylvatic reservoir of feline lungworms and could indicate some cross-over of territory. In addition, a hookworm, Uncinaria stenocephala was detected, which is found in canids such as dogs and foxes and only rarely seen in felines. It is possible that domestic cats and companion animals can act as a reservoir for this hookworm, raising concerns of domestic animal contamination of the habitat.

This study highlights how a non-invasive, coprological survey to assess the parasitic fauna of an endangered apex predator can provide insights into the health of isolated wildcat populations, and any potential concerns to conservation efforts. Parasite monitoring can contribute useful biological and ecological data on habitat, ecosystem and potential transmission routes between wild and domestic animals supporting a One Health perspective to conservation.

A note on parasite conservation.