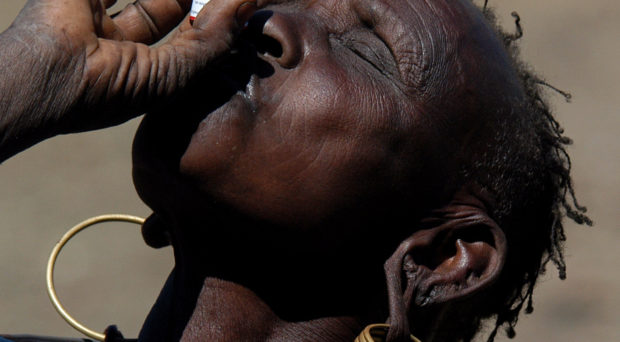 Soil-transmitted helminths is a group of parasitic worms that include the roundworm (Ascaris lumbricoides), whipworm (Trichuris trichiura) and hookworms (Necator americanus and Ancylostoma duodenale). This group of parasites cause one of the most widespread neglected tropical diseases and were estimated to impact more than one billion people in 2010. Infection can cause a range of symptoms, including anemia, diarrhea, and general malaise.

Deworming through mass drug administration is known to be a highly cost effective public health intervention. Treatment with albendazole is administered among implementation units within a country. The WHO 2012 NTD Roadmap target was to treat at least 75% of children aged 5-14 years where the prevalence in this age group exceeds 20% by 2020.  Many countries are close to this goal and a revised 2020 NTD Roadmap has new goals for eliminating soil-transmitted helminths as a public health problem by 2030. This means treatment is aimed at reducing moderate-to-heavy infection intensities – heavier infections are responsible for morbidity. The WHO defines elimination as a public health problem as “less than 2% moderate to heavy infections of soil transmitted helminths”.  Achieving these goals not only requires mass distribution of treatments but also monitoring of prevalence over time.

A recent study aimed at mapping the prevalence of soil-transmitted helminths across sub-Saharan Africa from 2000 to 2018. The scientists used a combination of publicly available data to estimate progress towards Roadmap goals. To understand environmental, control and socio-economic factors that may affect transmission and prevalence, they assembled multiple data sources that covered sub-Saharan Africa. For example, temperature and pH of top-soil can decrease transmission if conditions are unfavorable for soil transmitted helminths. Several socio-economic indicators, such as housing quality, were used to understand variation in prevalence and intensity over time and across the subcontinent.

The study also relies heavily on survey data from the Expanded Special Project to Eliminate NTDs (ESPEN) and the Global Atlas of Helminth Infections. Most surveys report data from Kato-Katz fecal smears that identify infections based on the shape of stained eggs. The intensity of infection can also be determined based on the number of eggs found on a slide, and is the best current measure for estimating worm burden and subsequent morbidity with infection.

The authors used complex models that accounted for both space and time to show that prevalence of soil-transmitted helminths decreased significantly across most of sub-Saharan Africa from 2000-2018. They were also able to highlight regions and implementation units where more monitoring is needed to confidently demonstrate changes in burden.

Although there were declines in all species, hookworm declined the most over the period when compared to roundworm and whipworm. In addition to declines in prevalence, the authors also show there are significant declines in moderate-to-heavy infections from 7.4% in 2000 to 1.0% in 2018. Although this is below the target, 25% of implementation units still had burdens that exceeded the 2.0% threshold for elimination of soil-transmitted helminths as a public health problem. However, the maps created by this group and the uncertainty in estimates can help direct control and monitoring efforts as countries move towards 2030 goals.

The amount of progress that has been made towards reducing soil transmitted helminth infections, and particularly moderate-to-heavy infections, is wonderful news. The authors also show that mass drug administration has a significant affect on these declines, particularly for hookworm infections, and emphasizes the importance of these programs. They also demonstrate that improved sanitation reduces burden and should be advocated in addition to treatment to help all regions reach 2030 targets.