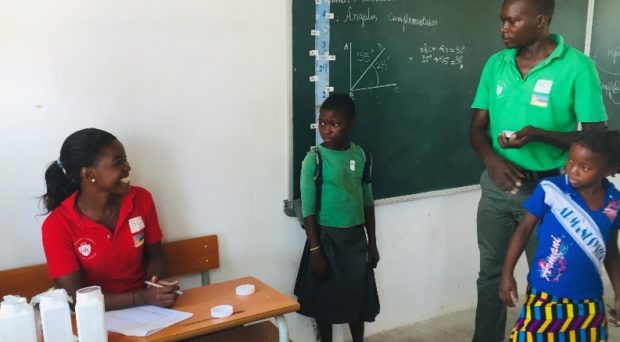 This blog post is part of a series featuring new articles published in the LCNTDR Collection: Advances in scientific research for NTD control, led by the London Centre for Neglected Tropical Disease Research (LCNTDR). Stay tuned for updates on Twitter @bugbittentweets and @NTDResearch. You can find other posts in the series here.

Schistosomiasis is caused by parasitic worms that live in freshwater. It is also known as Bilharzia (after Theodor Bilharz who first discovered the adult worms post mortem), snail fever (the intermediate host are freshwater snails), or swimmer’s itch (due to the rash caused where the worms enter the skin). Schistosomiasis is the second most prevalent tropical disease in Africa after malaria. Although it does not kill to the extent of malaria, schistosomiasis can lead to complications such as chronic fatigue, anemia, physical and cognitive stunting, organ damage and fatal conditions, such as bladder cancer and increased susceptibility to HIV/AIDS.

It is difficult to know how many individuals die of schistosomiasis each year because death certificates seldom identify schistosomiasis as the primary cause of death. The prognosis is very good with early treatment, but people can die if it is left untreated. Unfortunately, schistosomiasis is often left undetected for several years. In fact, cyclist Chris Froome was not diagnosed until a blood test in 2010, the treatment of which may have helped his Tour de France win in 2013! The severity of the disease depends on the number of worms and how long the person has been infected.

Mass drug administration (MDA) is a strategy used to deliver medicine to the entire at-risk population of an area, most commonly a district. MDA with praziquantel is the main strategy for schistosomiasis control. In 2001, the World Health Organization (WHO) developed a “dose pole” for the administration of praziquantel, which estimates the optimal dosage according to an individual’s height. This invention has enormously facilitated the administration of the drug in large-scale interventions where whole communities are treated en masse by the local health worker.

In Niger and most African settings, the control strategy is school-based treatment (SBT) with praziquantel, following the WHO guidelines. The rationale for this approach is that school-aged children harbor the burden of schistosomiasis infections due to their higher recreational water contact in rivers and ponds. There is a growing body of evidence regarding the burden of infection in adults and their potential role in sustaining transmission, which suggests a need for them to be included in treatment programs. There is debate around whether there is a cost-benefit to expanding treatment to community-wide treatment (CWT) and how to juggle this conundrum with a global shortage of praziquantel, which could not support countries worldwide scaling SBT up to CWT.

This resulted in five major findings:

These findings are an important consideration for schistosomiasis control programs that are considering elimination and support the idea that scaling up the frequency of treatment rounds, particularly in areas of low prevalence, will not eliminate schistosomiasis. The finding that prevalence in the community can be reduced, even where only school children are being treated, could have logistical and cost-saving implications for the national control programs.

The study featured in this blog post has been just published in the LCNTDR Collection: Advances in scientific research for NTD control, led by the London Centre for Neglected Tropical Disease Research (LCNTDR). The collection has been publishing in Parasites & Vectors since 2016, and releasing new articles periodically. This series features recent advances in scientific research for NTDs executed by LCNTDR member institutions and their collaborators. It aims to highlight the wide range of work being undertaken by the LCNTDR towards achieving the United Nations Sustainable Development Goals as well as supporting the objectives of the World Health Organization road map for neglected tropical disease 2021-2030.

You can find other posts in the series here. 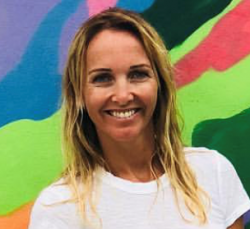 Dr Anna Phillips currently works at the London Centre for Neglected Tropical Disease Research (LCNTDR) at Imperial College London, as the project coordinator for the Geshiyaro Project in Ethiopia. The Geshiyaro project aims to interrupt transmission of STH and schistosomiasis through MDA and complementary Water Sanitation & Hygiene (WaSH) interventions. Anna is also the Principal Investigator investigating diagnostic tools for Schistosomiasis in Brazil with funding from Newton Funding at the Medical Research Council.

Prior to working at LCNTDR, Anna worked for eight years at the Schistosomiasis Control Initiative (SCI) as a Senior Programme Manager in Francophone Africa (Burkina Faso, Niger, Cote D'Ivoire, Rwanda and Madagascar). Anna was also awarded two Schistosomiasis Consortium for Operational Research and Evaluation (SCORE) projects in Mozambique and Niger and worked as the Principal Investigator on these two grants from 2010 until 2017.Anna finished her PhD in 2008 at Imperial College London, focused on the monitoring and evaluation of a large-scale mathematical modelling project of HIV risk behaviour among sexual minorities in Southern India.