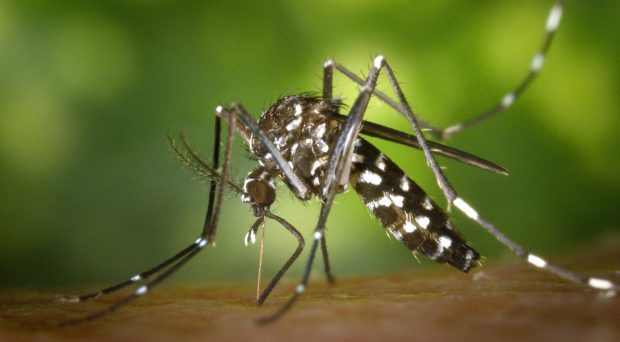 Readers of BugBitten may recall Cathy Dominic’s blog on dengue and COVID-19 in South America and South Asia from August. Unfortunately, dengue has continued to be in the news and its implications have been felt in other parts of the world.

In early September, the Connexion newspaper warned of a potential dengue outbreak in Nice, France following reports that two cases of dengue had been confirmed and several other potential cases were being investigated by the local health agency, l’Agence Régionale de Santé (ARS). Furthermore, these cases are being reported as ‘native’ meaning that they were not brought in by outside sources e.g. through travel or human migration.

This is not the first case of dengue in France, and one of the mosquito species that carries the disease, Aedes albopictus, has been present in the country since 2004 and has traveled even as far north as Paris. This mosquito species also carries Zika and chikungunya, so its continued presence is worrying to health officials in France, who expect there to be further outbreaks of dengue and potentially other diseases in the future.

Erin Mordecai, Sadie Ryan and colleagues discuss the effects that climate change will have on disease burden in Africa in their recent paper, and warn that there would be a shift from malaria being the main disease burden to arboviral diseases such as dengue. This is because the mosquitoes that transmit malaria and those that transmit dengue function differently with temperature. Transmission of malaria by Anopheles gambiae peaks at a temperature of 25˚C and transmission of dengue by Aedes aegypti peaks at a temperature of 29˚C.

With this in mind, and overlaying expected temperature changes for the next sixty years, they show that whilst high levels of malaria incidence will largely be constrained to small portions of east Africa, the area over which there will be high dengue incidence will increase to cover pretty much all of sub-Saharan Africa.

Urbanization is also credited for this change in disease burden, as Ae aegypti mosquitoes breeding increases with urbanization and the availability of human-made vessels such discarded buckets and cans.

The increase in dengue incidence predicted by Mordecai, Ryan and colleagues is what is likely to occur if things carry on as they are. However, control and surveillance of arbovirus vectors can change all this (and malaria vector control still needs to continue regardless of climate scenarios)… and this leads to the third reason dengue has been in the news in the last couple of weeks.

At the end of August, Nature news reported on a yet unpublished study that trailed the release of Wolbachia-infected mosquitoes in Yogyakarta, Indonesia over a number of years. Mosquitoes infected with Wolbachia (a bacterium) cannot transmit dengue when they bite, and this trial saw a 77% reduction in the incidence of dengue during its duration. Two years after the start of the trial, Wolbachia infection amongst the mosquito population in the area is still high, indicating this strategy could have relatively long lasting effects. The next steps would be to scale up the release of Wolbachia infected mosquitoes across more regions and more populated areas.

Effective vector control methods, such as Wolbachia-infected mosquitoes, could be important in controlling this disease now and in a climate-change impacted future.