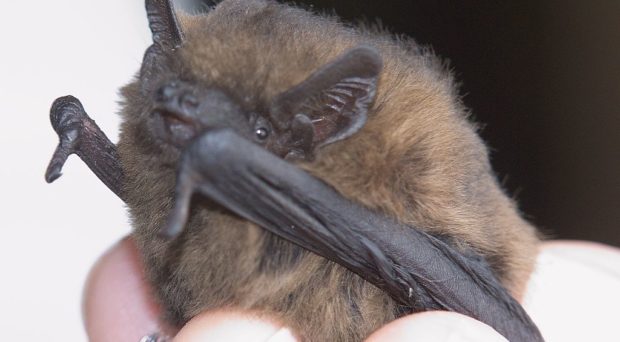 Leishmaniasis is a horrific disease caused by approximately 20 species of protozoan kinetoplastid parasites from the Leishmania genus.

The parasites are transmitted from host to host via two-winged insects; sandflies (Phlebotomines).

Leishmaniasis has a worldwide distribution and is now reported to be found in parts of over 90 countries, across Africa, the Americas, Asia, and Europe. The World Health Organisation (WHO) currently estimates that more than 1 billion people live in these endemic areas and are at risk of infection, resulting in a startling 1 million new cases predicted to occur annually.

There are three different clinical forms of leishmaniasis currently described; the cutaneous, mucocutaneous and visceral manifestations of the disease. Of these three forms, the visceral form (VL) is considered the most severe form of leishmaniasis, and without proper treatment, fatality rates are staggeringly high.

VL is endemic to the Mediterranean basin, including the entire territory of Spain (and its islands), due to the distribution of appropriate sandfly vectors, host species, and suitable climatic conditions. Leishmania infantum is the most prevalent causative agent of the disease in Spain, where the main vectors are Phlebotomus ariasi and Phlebotomus perniciosus.

As well as humans, L. infantum has been shown to infect dogs, which can also act as reservoirs of infection. However, in recent years animal species have been investigated as reservoir hosts, and a slew of wildlife has shown the presence of L. infantum infections, such as foxes, wolves, wild cats, bears, rats, hedgehogs, squirrels, jackals, genets, mice, martens, minks, rabbits and hares.

Studying the roles of wild animals as reservoirs of leishmaniasis is becoming increasingly important as we further encroach on their territories, and as their lifestyles become more urban as they adapt to ours.

In the last decade, several studies have looked at the role of bats as potential hosts for certain Leishmania species in Mexico, Brazil and Ethiopia.  All studies found bats infected with Leishmania sp., highlighting the relevance of these mammals as possible hosts of Leishmania sp. in different parts of the world.

There are 45 species of bat living across Europe, making their homes in urban and rural environments alike. However, it hadn’t yet been determined whether bats in Europe are infected with Leishmania sp., and so Iris Azami-Conesca and her colleagues aimed to find out if this were so.

During their study, they attempted to detect the presence of L. infantum DNA in the common pipstrelle bat (Pipistrellus pipistrullus) from around Madrid. Samples of spleen, abdominal hair and blood clots from the heart were aseptically collected from naturally deceased bats, from the wildlife recovery centre.

The extracted parasite DNA was then amplified using PCR, visualised using gel electrophoresis, and subsequently sent off for sequencing to allow for identification of the parasite species (if there at all).

Overall, 16 of the 27 (59.2%) pipstrelle bats tested positive for L. infantum in at least one sampled site (spleen, hair, or blood clot). The team discovered that samples from the spleen gave the highest number of positive results (14), as well as the highest sensitivity for detecting the parasite (87%). They also revealed that the specificity for detecting L. infantum using this PCR method was 100%.

As well as taking samples from the spleen, samples from hair and blood clots were also determined as useful for detecting the presence of L. infantum infection in these bats. Although less sensitive than using splenic samples, sampling hair is less invasive, and can be used to diagnose live animals.

This report by Azami-Conesca and colleagues is the first to have shown that European bats are suitable hosts of Leishmania infantum in Spain. This is an important discovery as pipstrelle bats are the most common bat in urban and peri-urban areas, where they live in close proximity to human populations, and probably play and important role in the life cycle of this parasite. In addition, they could contribute to transmission of L. infantum to humans, as well as to wild and domesticated animals.

The pipstrelle bat is one of the most common bats in Europe, and so these findings are expected to have implications for leishmaniasis control in the whole of Europe, as well as just Spain. The findings of these researchers may subsequently help to establish or adapt leishmaniasis control measures across Europe, which is expected to be needed in light of a potential increase in vector-borne diseases in coming years due to global warming.