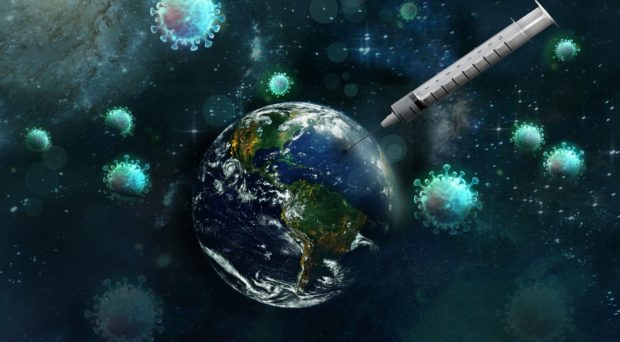 At this current time, countries are ploughing resources into developing a vaccine for COVID-19:  a vaccine that is being anticipated by many to be the answer to fighting the disease. Conversely, measles cases are on the rise again, despite having an effective vaccine since the 1960’s and established vaccination programs in most countries.

Outbreaks across the world

2018 saw outbreaks of measles cases in several regions across the globe, and the WHO later confirmed that more than 140,000 people had died of measles in that year – the majority of them were children under the age of 5 years. At the end of November 2019, WHO stated in a Disease outbreak news article that there had been 413,308 officially confirmed cases of measles in 2019.

For vaccine-preventable diseases, outbreaks of this extent are concerning (to say the least) but for measles, which is the most contagious viral disease (R value of 12 -18 compared to 2-3 for COVID-19), the implications could be far worse.

While recent measles outbreaks have been seen in all regions of the world, the reasons behind the outbreaks differ according to region and wealth.

An analysis of the 2018- 2019 measles outbreak in New York City by Wan Yang, which she describes as ‘the largest measles outbreak in the United States in nearly three decades’ showed that whilst the first cases of measles were acquired by people traveling abroad, the contributing factors for the spread of the virus were the delayed vaccination of 1- to 4-year-olds and “measles parties”.

There have been measles outbreaks across Europe too, with pretty much all EU countries seeing cases (see map of cases in March 2020 – credit ECDC). The WHO reported over 56,000 cases in Ukraine in 2019, which followed a sharp fall in vaccination rates in preceding years. Potential underlying reasons for the outbreaks in Europe are falls in routine immunization coverage (such as the case in Ukraine), disparities in subnational coverage e.g. among some marginalized groups, and older populations displaying lower immunity.

Anja Choon, in her BugBitten blog last week, wrote of the effects of COVID-19 on other diseases either because of the repurposing of medication for the treatment of COVID-19 or because health resources are being diverted. Lack of health system resources is the cause of measles outbreaks in many less wealthy regions of the world – and this was even before the COVID-19 pandemic!

In a Nature news feature published in April 2020, Leslie Roberts describes the situation in Democratic Republic of Congo, which has seen 6500 children die of measles. Similar to other parts of the world, the outbreak began in 2018 and is now the largest outbreak of measles in any country since the vaccine was developed (according to WHO).

Two doses of the vaccine given at an early age are enough to protect against infection, but in poorer regions, children may only receive one dose. An MSF nurse’s ‘on the ground’ account of vaccination programs in the DRC highlights some of the complications involved, but also the motivation for continuing vaccinations during the COVID-19 pandemic: co-infection of measles and COVID-19 would be devastating to the country.

As much as we are on the lookout for new emerging pathogens as potential sources of pandemics, we would be remiss to ignore the threat of pathogens that are already known and could equally become sources of pandemics. The measles outbreaks seen around the world since 2018 may not have reached pandemic levels, but they show how easily a preventable disease can get out of hand due to lack of resources or shifts in public attitudes (such as the increase in vaccine hesitancy).

Executive Publisher at BioMed Central
Srimathy Sriskantharajah completed a BSc in Microbiology (UCL) and a PhD in environmental microbiology/ atmospheric chemistry (Royal Holloway University of London) before joining BioMed Central. Srimathy blogs about microbiology, infectious diseases and the environment amongst other things.

Srimathy is the Executive Publisher for Parasites & Vectors, Malaria Journal and other microbiology/ infectious diseases journals at BioMed Central.