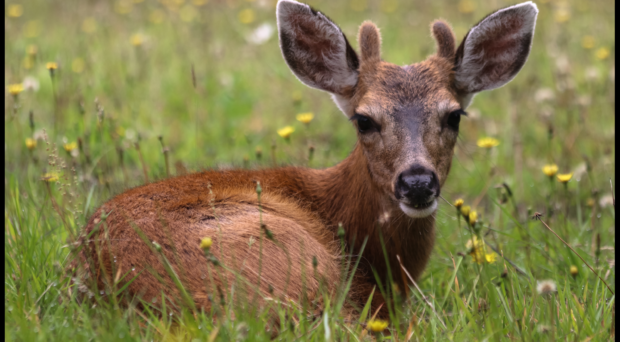 Pathogens and parasites are a ubiquitous part of life, and often hosts can be infected by more than one species at the same time. This is called co-infection and can be even more common than single infections in some situations.

Understanding how parasites interact within a host is important, as co-infection can worsen health outcomes or exacerbate an infection. However, parasites can also compete with one another for resources within a host or alter the hosts’ immune system, and actually reduce the impact of one another on their hosts. However, the outcome of co-infections within a host is highly variable and dependent on the species that are involved. Detecting these effects can be very challenging – requiring experimental systems to control conditions or very large datasets.

In a recent paper, Park and Ezenwa detail a new method for detecting impacts of parasites on each other. They show that common data that is collected from wildlife systems (age of host and infection intensity) can be used to understand the impact of two parasites on each other. Typically, the infection intensity increases as host age, peaking in adolescence and declines as a host ages. This typical convex pattern can be explained by several phenomenon, but in this paper, the authors focus on a decrease in the force of infection as host age to achieve the pattern (see figure below).

To validate their models, the authors use a unique dataset of parasites in white-tailed deer. They use a Herd Health survey data  that keeps track of deer age and the number and species of helminths in each sacrificed individual. In total, the dataset has 18 species of helminths from 2000 hosts. Two of these helminths, Ostertagia dikmansi and Trichostrongylus axei were the focal parasites of the study and other parasites that were found with at least 25% prevalence were used to evaluate the impact of co-infections. After comparing changes in the peak age of infection and size of this peak between individuals with low levels of infection of the co-infecting parasites compared to high levels of infections of the co-infecting parasites, the authors found three parasite associations that were significant.

Using shifts in the peak age and intensity of infection is an exciting new way to examine how co-infections play out and have consequences for host health. This method can be applied to a variety of systems to help us better understand when and why certain co-infections may be important.