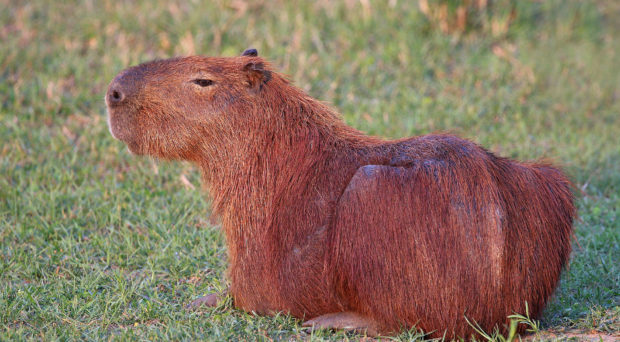 The Amazon rainforest made headlines this summer as large sections were burning, but deforestation in this unique ecosystem has been occurring steadily for decades. While forest loss reduces the important carbon sink, deforestation has been linked to increases in disease, most notably malaria, but also other vector-borne diseases.

Brazilian spotted fever (BSF), a disease that is caused by a bacteria (Rickettsia rickettsii) and transmitted by ticks, has also been linked to deforestation. In North America, the disease is known as Rocky Mountain spotted fever (RMSF) – and although caused by the same species of bacteria, the strains of R. rickettsii in North America cause less severe symptoms in humans. The bacteria is transmitted to humans through the bite of an infected tick, but many other mammals can get infected with Rickettsia bacteria.

Although Brazilian spotted fever was first identified in the 1920s, this zoonotic rickettsiosis has been increasing. Many blame changes in landscapes and larger populations of capybaras which seem to support large populations of ticks. Capybaras are the world’s largest rodent (weighing up to 140 lbs) and inhabit a variety of habitats in South America. They can be found with rickettsia antibodies and often have ticks, but the connection between deforestation and increases in BSF remain unclear.

A recent study led by a large collaboration in Brazil set out to characterise the epidemiology of BSF across a diverse landscape in Brazil. Scientists selected nine study sites to quantify the number of capybaras, infection rates, and tick densities within each site. Two sites were ‘natural’ habitats and relatively undisturbed by human activities, four sites were thought to be non-endemic (i.e. no transmission) for BSF and three sites were known to have BSF.  The study was conducted over four years.

Capybaras had to be corralled into pens before sedation and sample collection. Scientists collected as many ticks from capybaras as they could within a three minute window and identified all ticks to species back in the lab. Blood samples were also taken from individual capybaras and used to determine if each capybara had antibodies to any Rickettsia species, indicating the capybara had been infected with, or at least exposed to, one of the bacterial species at some point.

Tick ‘dragging’ is a common method for measuring tick density. Ticks that are looking for their next meal (also known as ‘questing’) often are using their front legs to reach up and grab an unsuspecting passerby. Scientists collected ticks at three times during the year to measure peaks in different life stages: larval peak (May-June), nymphal peak (August-September) and adult peak (January-February). They counted all individuals that were found on the sheet and identified ticks to species. These data were used to estimate tick density and diversity at each site. A subset of these ticks were used to identify Rickettsia rickettsi using molecular methods.

The most common ticks found in the human-disturbed sites were Amblyomma sculptum and A. dubitatum. Interestingly, in BSF areas A. sculptum was the most commonly found species (97% of questing ticks), whereas in non-endemic sites A. dubitatum was much more common (55% of questing ticks). No Rickettsia rickettsi DNA was found in the subset of ticks that were sampled, but prevalence is often low and this is not too surprising.

In this study, human-modified sites had much higher densities of ticks, both in the environment and on capybaras. Interestingly, BSF occurrence was correlated with tick species, rather than numbers of ticks. The finding suggest that reductions in A. sculptum tick populations could have significant impacts on human risk of BSF.

However, more work to investigate the role of other mammal hosts and other tick vectors is needed before capybaras can be identified as the culprit in increased incidence of BSF. The authors suggest many exciting areas for future research to help understand this complex and deadly emerging disease.