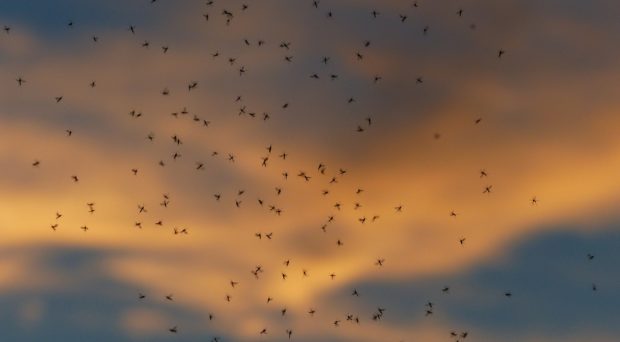 Could the solution to bugs be more bugs? To a farmer battling invasive insect pests, the so-called Sterile Insect Technique can be a godsend. Called “the greatest entomological achievement of the 20th century” by the U.S. Secretary of Agriculture in the 1960s, Sterile Insect Technique eliminates harmful insects by mass-rearing and mass-releasing insects that have been rendered sterile, often via radiation.

This was particularly effective for the screwworm fly, whose Curacao population was wiped out within a few months by airplanes releasing sterile males. From the Medfly program that releases sterilized fruit flies, to the $9 million Nu-Psyllid project trying and failing to modify Asian citrus psyllids, rear and release programs have entered vogue as potential silver bullets for the eradication of certain harmful agricultural insects.

In recent decades, insect geneticists have developed a number of field-viable genetically-modified versions of the mosquito Aedes aegypti. These sneaky mosquitoes spread arboviral diseases such as dengue, chikungunya, Zika, and yellow fever, which infect tens of millions of people each year, causing tens of thousands of fatalities. Oxford-based Oxitec, now owned by the multinational Intrexon, has successfully plummeted aegypti populations in Brazil and the Cayman Islands by mass-release of their genetically-sterile mosquitoes. Alphabet’s Verily Inc is releasing their sterile mosquitoes in California.

Perhaps more impressive, though, is what has been accomplished by the Gates-funded World Mosquito Program, formerly known as Eliminate Dengue. Their aegypti mosquitoes, infected with naturally-occurring bacteria called Wolbachia, are still able to produce offspring, but are unable to spread the major arboviruses. As such, their releases in northeastern Australia have had a protective effect: local transmission of dengue has been eliminated, without requiring continual releases.

Rear and release programs require monitoring, however. Imagine a truck driving down a street in your neighborhood, pumping genetically-modified mosquitoes out of a long tube. They fly out of the tip, into the air, and in an ideal world they disperse evenly and mate with every single wild mosquito. But wind could carry the mosquitoes in one direction over another. A shed might protect a small wild population from the modified mozzies. And in the case of sterile releases, if even a few wild mosquitoes survive the invasion, they can repopulate the area.

As males are let out in genetically-modified releases, we made a cheap trap for male mosquitoes. My mentor Prof. Scott Ritchie helped invent the so-called Gravid Aedes Trap, or GAT, which is composed of three cheap plastic buckets and some insect screen.

The GAT captures females with decaying plant matter and water in the bottom of the trap; female mosquitoes fly through the funnel into the clear chamber but can’t find their way out. Male mosquitoes, however, aren’t as attracted to water. Instead, they swarm near promising egg-laying sites, like buckets and other water containers. When a female mosquito approaches, males hear her wing beat and fly toward her. When an MP3 player was placed in the GAT, playing female mosquito wing beats, males flew into the trap.

In our work, published in PLoS One and now in Parasites & Vectors, we developed a cheap battery-powered sound lure for male mosquitoes, for placement in the GAT or in other cheaply manufacturable traps.

Release managers need better and cheaper mosquito traps, especially ones that preserve the mosquitoes for DNA testing, to make sure that the modified mosquitoes reach their targets. The Sentinel trap from BioGents is the trap most commonly used by these programs. It is a large white-and-blue laundry hamper with a fan that sucks the mosquitoes downward into the trap. Unfortunately those Sentinel traps carry substantial markups, selling for over a hundred dollars apiece.

Access to electricity and funds is lower in the regions of the world where arboviral diseases are most burdensome. If GM mosquitoes can be mass-reared locally these diseases could be all but eliminated without incurring huge costs.

Worse, they require mains power or a car battery. In a trial in Vietnam, Sentinel traps required battery changes every day. In a study using a similar trap in Kenya, where free traps and solar panels were provided to every household on an island, more than 75% of the traps were dismantled by the residents within two years of the trial ending, with the solar panels instead being used for other purposes.

Most arboviral morbidity, and nearly all arboviral mortality, is found in lower-GDP countries in the tropics. Access to main power, and especially access to funds, is lower in the regions of the world where arboviral diseases are most burdensome. If genetically-modified mosquitoes can be mass-reared locally, by local governments, with local labor costs, these diseases could be all but eliminated without incurring huge costs.

Our first paper, published last year in PLoS One, described using a mini Arduino to produce mosquito wingbeat frequencies. In this paper, we reduce costs even further, using an Atmel chip called the AT-Tiny. While the sound lure in the PLoS One paper costs around $20, the latter sound lure costs less than $5, and lasts for nearly two months on a pair of AA alkaline batteries.

Each trap was tested, first in the lab, and then in the field, where the newly-named “Sound GAT” performed nearly equivalently to the BioGents Sentinel (BGS) trap in attracting male mosquitoes. In the new Parasites & Vectors paper, both the Sound-GAT and the Sentinel traps were used to track a release of mosquitoes in northeastern Australia, and they were substantially equally effective in monitoring the release.

Whether you prefer eliminating a mosquito species, or transforming it to no longer carry disease, there’s little question that mosquito rear and release programs are expanding – to Tahiti, Indonesia, Africa, South America, China, and several other places wherein aegypti-spread arboviral diseases are a problem. We are happy to provide sound-GATs at cost and would love to work with anyone interested in eliminating the scourge of these diseases from the Earth.

This work would not have been possible without my student, Nick Zeak. Without any sort of organized program, nor pay, Nick was willing to take four planes, three buses, and two trains with me, from our university in Gainesville, Florida to the opposite side of the globe in Cairns, Australia in order to take on this project. I consider myself deeply honored to have had his trust.

I want to thank Prof. Scott Ritchie for hosting us – in his lab, at his colleague’s house, on random weekend adventures to see cassowaries and crawl through outback caverns. Especially considering that we didn’t hear back from the National Science Foundation about the trip’s funding until a week after we arrived there.

And I want to thank everyone else who played a role in hosting us, and in the project. From Kyran, who organized the fieldwork and has been an amazing colleague, to Chris, Katherine, Jason, and Mick in the Mosquito Rearing Facility, to Wei and Ben in the electrical engineering department whose beautiful lab we covered in prototypes and parts, everyone was really welcoming and helpful. I’ll never forget the shock of walking into there for the first time, and seeing the mosquitoes being fed by leg. 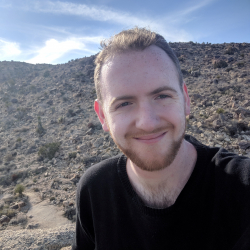 Barukh Rohde is a PhD student in Electrical & Computer Engineering at the University of Florida and a National Science Foundation Graduate Research Fellow. His research areas are in electronic interventions to combat insect invasions, and in using them to teach electrical engineers. Barukh has visited 61 countries and has conducted research in six continents, including a three-month stint in northeastern Australia.