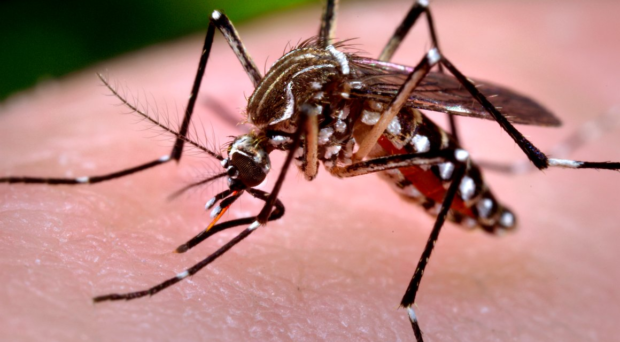 Vector-Borne Diseases (VBDs) are so called because they are not communicable directly between humans but through arthropod vectors, and all together they account for about 17% of infectious diseases.

Insects and ticks that represent most of the vectors of the VBDs are not capable of regulating their own body temperature, so they are linked to very specific climatic conditions for all their bionomics, as well as their geographical distribution. Consequently, the effect of the changes in the weather and climatic conditions will affect strongly and directly the vectors and the transmission patterns of the pathogens.

Evidence of the impact of temperature and rainfall changes as well as occurrences of extreme climatic events are already available for many diseases and can be found in our article published in Infectious Diseases of Poverty. The interventions and policies required at the international and national levels to mitigate climate change are well developed elsewhere and most countries are already engaged in specific actions to face the impact of climate change on Public Health.

However, in many situations the epidemics and deadly consequences of these changes on the health of the human populations exposed can be prevented and controlled through adequate policies and interventions and countries can develop tools for surveillance and preparedness. Further, the knowledge on the mechanisms of transmission and the impact of climate change on VBDs can also be supported through strong global and national research programs.

To efficiently prevent VBDs, an adequate surveillance system has to be in place, for reporting and analyzing not only the cases of diseases and the health or immune status of the human populations, but also investigating the vectors abundance and distribution through regular surveys and standard indicators (e.g. the WHO Dengue surveillance system).

The surveillance system then requires trained personnel to collect, identify and report on the different stages of the vectors of interest. Further, since vectors can easily cross borders, the surveillance system has to develop through cross-border collaborations with exchange of information between countries and regular meeting to coordinate interventions. As an example, the invasion of the Aedes albopictus mosquito in Europe from its entry point in Southern Europe in the late 1970s to its current northern limit in France and Germany, is followed by the European Center for Diseases Control (ECDC) through an international collaboration between European countries.

The preparedness of the Public Health System at the national and international levels can make the difference in how the impact of climate changes on vectors will affect the transmission of VBDs, and whether any of them will develop into epidemics. The preparedness can build up resilience to these dynamic events. Conversely, many consequences of climate change on VBDs transmission could be due to the unpreparedness of the Public Health System that, for example, ignores the threat posed by vectors entering into new areas where the human population have no immunity against the potential diseases. The preparedness should include a plan for facing the different situations from no vectors and no cases to established vectors populations, and increasing number of cases of the disease until the epidemic situation and then end of the epidemic.

The plan must integrate a multi-sectorial response adapted to each of the potential situations with i) a decision chain and coordination mechanisms, ii) strategies for epidemiological surveillance with diagnostic pathways, case management including hospitals facilities, iii) strategies for vector surveillance and control and iv) communication activities. When the plan is deployed to face a specific situation, a monitoring and evaluation system is also required to draw lessons learned and improve continuously in a dynamic environment. The acceptance and/or active participation of the human populations involved in the different activities is also very important and require support policies embedded into the plan.

Another area where policies can help improve the preparedness is through knowledge and capacity building of the VBDs’ transmission system and how they are impacted by climate change. This can be gained through incentive and programming of research activities.

The necessary knowledge of the VBDs’ transmission systems, including their functioning, must build up with new findings and filling of the gaps through ongoing conversations between the research institutions, the Public Health System, environmental partners and the human populations.

we should not forget that we are living in a continuously changing environment.

Finally, we should not forget that we are living in a continuously changing environment. Some of the changes are accelerated and/or modified by human activities and other changes are driven by physical, natural and environmental factors, but for all situations, the Public Health Systems and/or the communities require resilience and adaptability to the changes through already available but also new strategies and interventions.

Since 2014, Florence has been leading the Vectors, Environment and Society Unit at TDR, the Special Programme for Research and Training in Tropical Diseases, hosted at WHO. Her professional experience and personal involvement are on the broad knowledge of insect vectors of diseases and on the development and implementation of new vector control strategies in particular against the vectors of arboviruses, malaria and leishmaniasis, as well as the development of capacity in those fields.