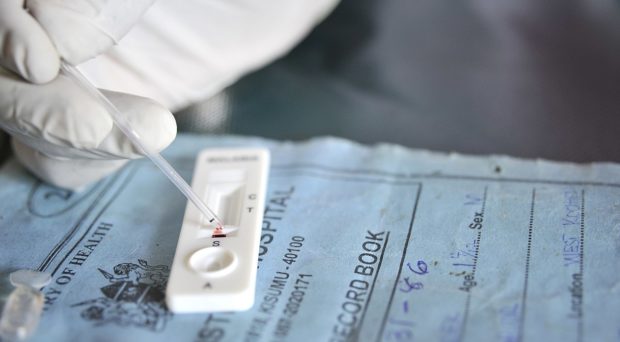 Asymptomatic malaria is prevalent across all transmission settings. Even at low levels of infection, these individuals can still transmit parasites to mosquitoes and so perpetuate transmission, particularly significant in an elimination context. Although known to be less infectious than symptomatic malaria, their frequency means they should not be overlooked– particularly in the low transmission settings where they are most common.

The additional benefits of identifying and treating asymptomatic individuals are unclear and require further understanding of the dynamics of parasitaemia. It is also important to consider how parasite density affects the diagnostics used in different transmission settings. Until recently this has been difficult to investigate, but recent developments in quantitative molecular methods have allowed us to begin deciphering the role of asymptomatic malaria.

Most recently, Slater et al (2019) use existing malaria datasets to investigate parasitaemia in a range of countries and transmission settings. Through systematic review and meta-analysis, they describe 1) the distribution of parasite density using cross-sectional data, 2) the dynamics of parasitaemia over time within individuals using longitudinal data and 3) the infectivity of asymptomatic individuals in mosquito infection studies.

Distribution of subpatent and patent infections

Parasite density in “subpatent infections”- classified by the authors as PCR positive and field-diagnostic negative (by microscopy or rapid diagnostic test (RDT) negative), were consistently lower than in “patent malaria” (PCR positive and microscopy or RDT positive). It follows that the proportion of patent infections detected is lowest in low-transmission settings (PCR Plasmodium falciparum prevalence <4 %). (Fig 1)

They found no significant difference in densities of sub-microscopic (below the limit of detection; LOD, of microscopy, 10-100 parasites/ ul) and sub-RDT (below the RDT LOD ~100 p/ ul) infections. (Fig 2)

Perhaps most importantly, their Bayesian logistic regression models reveal that in low transmission settings using a diagnostic test with a limit of detection (LOD; the minimum number of parasites the test will detect) of 100 p/ μl (e.g. RDTs), only 10% of P. falciparum infections will be detected (compared to 56 % in a high transmission setting).

In low transmission settings this proportion increases to 29 % when the LOD of the test is improved to 10 p/ μl, and to 69 % with an LOD of 1 p/ μl. Previously, modelling studies have predicted similar outcomes with the use of diagnostics with different LODs.  Slater et al (2019) also analyse a recent trial utilising a new ultra-sensitive RDT with an LOD of 10 p/ μl, carried out in Uganda (high transmission) and Myanmar (low transmission). The results encouragingly support their predictive models.

Parasitaemia within an individual is known to fluctuate over time, likely relating to the parasite life cycle and their susceptibility to immune responses. Using datasets from 7 cohort studies in moderate to high transmission settings, Slater et al explore the patterns of microscopy-slide positivity and PCR positivity in individuals over varying periods of time (3 days to 16 months). They report that 30% of submicroscopic infections never became slide positive and suggest that fluctuations around the LOD of the PCR or short-lived infections could account for these.

Generally, there was a higher risk of becoming slide positive given a current submicroscopic infection and this was mirrored in persistence studies that showed 20% of submicroscopic infections at day 0 became slide positive the day after. Only a slight but not significant decrease in the sensitivity of microscopy during the low transmission seasons compared to high transmission seasons, which also supports existing studies. They note that only a couple of studies carried out genotyping (to identify new infections vs re-infection) and were thus unable to assess density of specific clones, which would be useful to measure in future studies.

Their findings show that submicroscopic infections are predictive of future patent infections. Active identification of these infections could therefore have applications in identifying “micro-hotspots”, preventing outbreaks through early treatment. Their work on parasite density also cements the necessity to use more sensitive field-ready diagnostics in low-transmission areas.

This paper is a must read for clinicians, policy makers and key stakeholders in the development of malaria diagnostics.