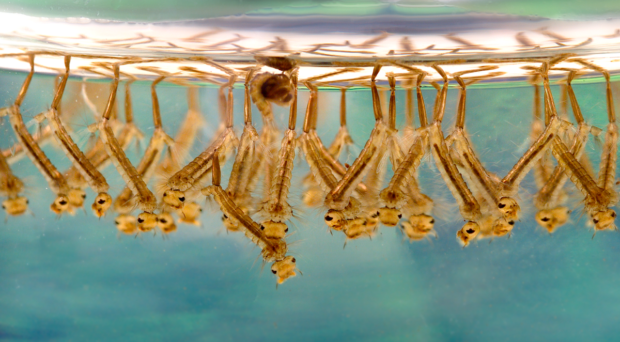 In the United States, the last week of June is known as National Mosquito Control Awareness Week, or simply “Mosquito Week”, as declared by the American Mosquito Control Association. While mosquito season is only starting for this year in the US, we already had 10 human cases so far this year. Why should we pay attention to this and to mosquito control in general?

Mosquitoes are the deadliest animals on the planet, responsible for 830,000 lost lives per year through their bites. Being micropredators, they do not kill simply via their bites, but indirectly through the variety of pathogens they transmit, ranging from viruses, bacteria, protozoans and even worms. The most common of these microorganisms pose a considerable amount of global health burden, characterized by the Disability Adjusted Life Years of the diseases they cause globally. For example, 216 million cases of malaria occurred globally in 2016, while 390 million cases of dengue were estimated to occur in 2013. While we mostly associate mosquitoes with tropical diseases such as above, they also transmit diseases of public health importance at temperate latitudes, such as West Nile virus (WNV), Eastern Equine encephalitis virus, and many others. Finally, there is something psychologically disturbing about knowing that flying insects that bite us can transmit pathogens that can make us sick, promoting our awareness.

Most mosquito-borne diseases (with some notable exceptions) do not have specific therapeutics or vaccines, and therefore their control and prevention relies on the control of their mosquito vectors. Traditionally, this has been done mostly using insecticides that target adult flying mosquitoes (adulticides). While now we know that this method generally only has a short-term and limited effect on mosquito population size, it is an important method in emergency circumstances, such as the large West Nile virus outbreak in Texas in 2012. It is also an important method in the case of Indoor Residual Spraying within homes for malaria control in sub-Saharan Africa. In contrast, compounds that target larval mosquitoes within breeding sites (larvicides) such as Bti usually have a longer-term, more sustainable effect on mosquito populations, and tend to have less detrimental effects on non-target organisms. Most importantly, these and the many other available methods to control mosquitoes need to be used synergistically in an Integrated Vector Management framework, similar to the method of Integrated Pest Management applied for agricultural and residential pests.

The most important aspect of such an Integrated Vector Management framework is a clear focus on the ecology and evolution of the target mosquito vector species, and their actual “control” is the smallest part of the job. Each mosquito-borne disease (be it malaria, dengue, West Nile virus or EEE) has a list of potential mosquito species that are competent vectors for that particular pathogen. These particular species need to be monitored and tested for the pathogens of interest through mosquito surveillance. This involves setting and retrieving mosquito traps (e.g. CDC light-traps or gravid traps), sorting and identifying the collected mosquito specimens to species, and testing the vector species for pathogens.

All this requires significant investment and funding in manpower, transportation, specialized expertise and laboratory capabilities. For example, in my case, I spend several hours twice a week during the summer setting and retrieving 2 to 3 traps and then shipping them to the Washington Department of Health Zoonotic Disease Program, who then sort, identify and test them. This is the same for many other surveillance partners across Washington State, as well as at the Mosquito Control Districts, and across many other States. We do all this so that we can detect changes in mosquito populations and the risk of West Nile virus infection before we start to get equine and human WNV cases.

Even when trying to decide where to set up mosquito traps for surveillance, it is important to consider the ecology of mosquito vectors. For example, Culex pipiens, one of main vectors of West Nile virus, is known to be associated with urban environments, specifically with culverts and catch basins. There is also evidence that productive breeding sites and disease transmission risk can be associated with certain land-cover types and socio-economic conditions, such as urbanization and poverty, and lack of accessible potted water. However, there is still limited information on the relationship between the characteristics of breeding sites and their productivity for specific mosquito vectors. For example, we know that large outside drums which residents use to store rainwater in the tropics are major breeding sites for Aedes aegypti, the vector of dengue, Zika, chikungunya, and many other viruses. However, when we look at a backyard cluttered with various small objects collecting water, it is difficult to pinpoint which potential breeding sites would be more important to remove. Regardless, reducing these sources of mosquito production would be the most important way to control mosquito vectors.

In addition to the ecology of mosquito vectors, the evolution of the mosquitoes as well as the pathogens is also important to consider and monitor as part of mosquito control programs. Mosquito vectors do have the ability to develop resistance to the insecticides used to control them, especially if they have been used for long-term indiscriminately. In fact, this is what happened in the 1960s to DDT, which led to the failure of the eradication campaign of malaria in Africa. Therefore, insecticide resistance needs to be monitored to ensure that mosquito control remains effective. This is most frequently practiced in Africa where malaria mosquito control programs routinely test mosquitoes for insecticide resistance.  Finally, pathogens can also evolve resistance to therapeutics, such as how Plasmodium falciparum developed and continues to develop resistance to antimalarials.

While the specific ecology and evolution of mosquito vectors can create challenges for mosquito control programs, it also creates opportunities for novel treatment methods. For example, genetically modified mosquitoes such as those developed by Oxitec are effective to reduce populations because of the specific property of female Aedes aegypti that they only mate once in their lifetime. Similarly, autocidal gravid ovitraps that lure adult female Aedes aegypti mosquitoes rely on their behavior of skip oviposition, putting eggs in many different breeding sites and transporting compounds that kill larvae, multiplying their effectiveness.

These intricacies and complications of mosquito and mosquito-borne disease ecology make their control a highly complex and expensive enterprise. Typically, mosquito surveillance and control is the purview of local, regional or state government. In areas where mosquito control districts operate, these activities have a stable funding by local taxes and fees. However, in other areas, mosquito control and surveillance has to operate as a subset of local health departments on a limited budget. Typically, when budgets get tight, the first thing that goes is local mosquito surveillance and control. This enterprise also shares the curse of success with local health in that it only gets attention when there is a problem – when everything goes well, the lack of mosquitoes and disease gets taken for granted, and therefore looked at as an unnecessary expenditure. Once mosquito surveillance and control is lost, it is very difficult to regain the lost physical and intellectual infrastructure. This leads to a mosaic patchwork of coverage of mosquito control and surveillance across the United States, with some areas (such as California) having an extensive, professional system, while others are serviced by a single person with a spray truck that only responds to nuisance mosquito calls. Such a patchwork is ill-equiped to detect and respond to novel emerging mosquito-borne diseases (such as Zika virus) or changes in the ecology or evolution of endemic pathogens (see e.g. the 2012 West Nile virus outbreak). Mosquito surveillance and control costs is capable of protecting citizens from diseases that can kill and disable them at a fraction of the expense of taking care of patients, and is a good investment.