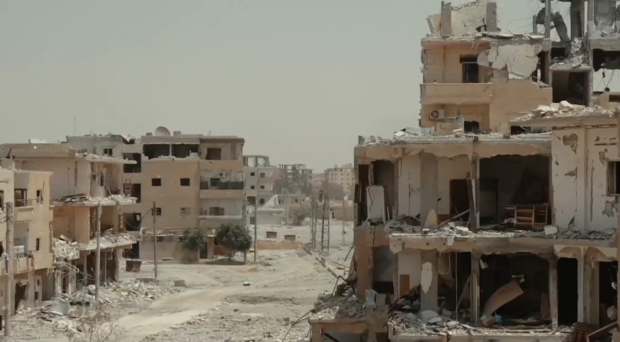 Every day, we get bombarded with many awful stories about war and violent conflict in many parts of the world. In addition to the physical destruction, injury, bodily harm and psychological trauma, evidence is emerging that war and violent conflict is also a contributor to the spread of infectious diseases, and an added impediment to our efforts to control and eradicate them. This is particularly true for a group of infectious diseases labeled as “Neglected Tropical Diseases” or NTDs. NTDs are a diverse group of infectious diseases which are especially common in low-income populations in developing regions, but receive less attention and investment due to the limited profitability of treatment, social stigma, or hidden and prolonged disease burden. NTDs include Chagas disease, dengue, chikungunya, helminthic infections, schistosomiasis, African trypanosomiasis (sleeping sickness), leishmaniasis, leprosy, rabies, trachoma, and many others. In 2012, the WHO and many pharmaceutical companies, donors, endemic countries and NGOs (such as the Bill & Melinda Gates Foundation) came together and issued the London Declaration, committing to control, eliminate or eradicate 10 NTDs until 2020 and improve the lives of over a billion people. 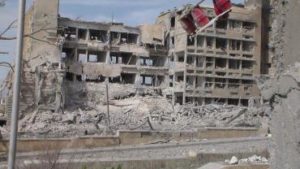 A recent paper by Rebecca Y Du and Peter Hotez at the Baylor College of Medicine and Jeffrey D. Stanaway at the Institute for Health Metrics and Evaluation at the University of Washington highlighted the role that violent conflict can play in fostering the spread and persistence of these NTDs. Violent conflict destroys health infrastructure and kills or injures health professionals, as was evidenced in Syria through the bombings by the Syrian and Russian forces. Conflict also destroys supporting infrastructure, such as transportation, communication and electrical grids, as well as vector control and mass drug-administration programs, food and water distribution, and safety and sanitation services. This further limits the capacity of remaining health professionals to treat patients and prevent future infections, and increases the risk of enteric, non-enteric, zoonotic and arthropod-borne diseases, while the resulting malnutrition increases susceptibility to NTDs. Landscape changes resulting from the destruction of the physical environment, such as deforestation and loss of wildlife habitat, can potentially also increase pathogen transmission. Populations displaced due to conflict have decreased access to health care services, poor housing conditions, and increased exposure to novel pathogens, all increasing infectious disease risk. Conflict diverts resources away from social protection and public health programs, on top of destroying a country’s economy and government. Conflict also increases poverty by limiting economic opportunity, undermining education, destroying assets, and making the area too risky for investment. Since poverty itself is a powerful determinant of health, increasing poverty can further exacerbate infectious disease risk, above and beyond the factors previously mentioned, by limiting access to the remaining health services. Finally, infectious diseases can be spread directly through acts of war such as rape and biological warfare.

The authors of this recent paper contrasted countries designated as having “low” and “very low” levels of peace on the Global Peace Index, with the countries that have the three highest levels of prevalence for particular NTDs. They found that 27 out of the 54 countries that had the first, second, and third highest prevalence of an NTD were listed as having “low” or “very low” level of peace. In contrast, out of the 163 countries listed in the Global Peace Index report, only 32 were listed at these levels, at a ratio of 0.196319. If the prevalence of NTDs were unrelated to violent conflict, we would expect the highest levels of NTDs to be distributed among countries across different levels of peace with the same proportion. As a biostatistician, I could not refrain from running a simple binomial test on this null hypothesis, which produced a p-value much less than 0.05, allowing me to reject the null hypothesis of no relationship between the level of peace in a given country and the level of prevalence for a particular NTD. In particular, the authors suggest that violent conflict threatens the achievement of the WHO and London Declaration targets for NTDs. 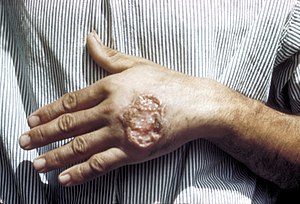 Peter Hotez published a similar editorial earlier this year, focusing on the role of violent conflict and NTDs in the WHO Eastern Mediterranean Region (EMR), providing a number of concrete examples for the arguments laid out above. In particular, he mentioned that the Global Burden of Disease 2015 Study EMR Collaborators, led by Dr. Ali Mokdad found that “war, mass human displacement, and political instability have blocked improvements in health for the region, with resultant reductions in life expectancies in several countries, as well as a rise in mental health and drug-use disorders.” While the overall disease burden due to infectious diseases significantly declined between 1990 and 2015, several important NTDs have emerged or reemerged in the region. In particular, cutaneous leishmaniasis has increased by 174% since 1990 globally, mostly in the EMR region. Relative to before the Syrian war, case numbers have increased 2-5-fold to over 100,000 cases in 2014 alone, due to the lack of vector control and the creation of sand fly breeding sites in the rubble left after bombing campaigns in urban environments. Visceral leishmaniasis, which can be much deadlier, has also reemerged in the region. In Yemen, the ongoing conflict has resulted in the largest current cholera outbreak, with a total number of 500,000 cases and 2000 deaths, exacerbated by shortages of medicine and supplies. Other NTDs, such as dengue, Rift Valley Fever, and Crimean-Congo Hemorrhagic Fever, also emerged in the region, posing a risk during ongoing conflicts.

Based on the above, the authors suggest to better integrate violent conflict when considering the myriad factors promoting the spread of infectious diseases and hindering their control (such as climate change). They argue that this could be achieved through a multisectoral approach, integrating global health and peace-building efforts across multiple UN agencies, starting with a high-level summit. They suggest addressing NTDs in unstable states and active conflict settings through military personnel and infrastructure, such as mass-drug administration. They also suggest to organize peace-building efforts such as the temporary cessation of hostilities to facilitate preventative chemotherapy and other NTD control measures. While I agree that the role of violent conflict must be better integrated among other drivers of disease spread and emergence, I believe one must be careful when including military forces in public health campaigns. Local conditions, such as shifting alliances, and the level of trust developed between military forces and local residents can either facilitate or diminish the effectiveness of public health programs, potentially providing unequal access to health benefits to different groups. Finally, any benefits might be used or abused as a tool for propaganda, politically tainting the entire public health program. Recent as well as past history could perhaps point a way to avoid the same mistakes when trying to control NTDs and support local populations in already precarious circumstances.