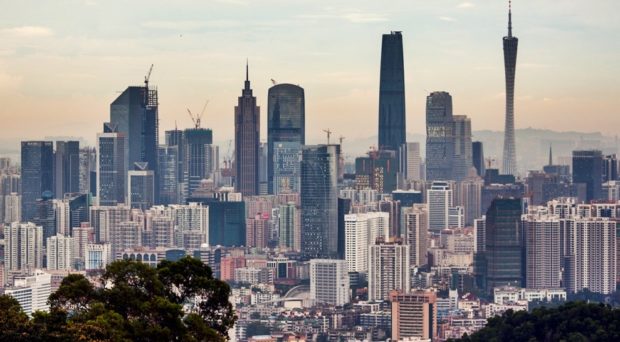 The infamous 2014 dengue-outbreak in Guangzhou, southern China reported over 45,000 cases. Although rarely as severe, outbreaks in this area are common due to the prevalence of the mosquito-vector Aedes albopictus. Originally considered a rural vector, Ae. albopictus has adapted to different urbanised settings. This species is also the culprit transmitting other viruses such as zika, yellow fever and chikungunya.

In response to a 2016 outbreak of zika in Guangzhou, a huge mosquito-breeding facility was built. There they reared Ae. albopictus mosquitoes infected with Wolbachia bacteria, an infection that causes infertility in the mosquito’s progeny (see previous blog).  The facility released over 20 million sterile male mosquitoes weekly in an attempt to control the local mosquito populations. Since there are no available vaccines nor treatment (except for the yellow fever vaccine) for these viruses, currently vector control is the only way to control these diseases. This relies heavily on the use of insecticides, which means the manifestation of Insecticide Resistance (IR) is a significant threat to the efficacy of these control programs.

Following the intensification of insecticide spraying programs in Guangzhou, IR in Ae. albopictus is an increasing concern. Growing urbanisation, alongside economic development, further compounds the need for better-informed vector-control programs. Li et al (2017) set out to provide a comprehensive overview of IR in Ae. albopictus in the Guangzhou region, to guide control IR-management. They studied the resistance status and molecular mechanisms of IR, in mosquito populations in different ecological settings in Guangzhou. They tested both larval and adult populations of Ae. albopictus using phenotypic bioassays and molecular genotyping. They complement these findings on IR with data on usage of insecticides in the sampled regions.

Between May-October 2014, two sites were selected for sampling in each of the following areas

A wide range of insecticides were found to be in use in these areas for both agricultural and pest control purposes. Pyrethroids were most commonly used for adult control at a community level, whilst only organophosphates and Bacillus thuringiensus israelensis (BTi) were used for larval control and only in urban areas. Interestingly, the frequency of pyrethrin applications was higher in suburban and rural areas (5–7 times/week) than in urban areas (0–1 time/week).

Phenotypic resistance  in third- and fourth-instar larvae was determined after incubation with varying doses of insecticides: deltamethrin, propoxur, malathion and BTi. The median Lethal Concentration (LC50) was compared to that of the Foshan laboratory strain (control) to generate a Resistance Ratio (RR50). Worryingly, all larval populations from the 6 sites exhibited resistance (RR50>2) against deltamethrin (LC50 0.011-0.038 mg/L), with urban populations tolerating higher lethal concentrations of both deltamethrin and propoxur. All larval populations were deemed susceptible to malathion and BTi.

Adults were tested using standard WHO tube tests and included: deltamethrin, malathion, propoxur and DDT. This time the RR50 was determined as a measure of Knockdown Time (KDT50) of sampled populations compared to the Foshan control strain. They found DDT-resistant populations in 3 of the sites, with urban populations exhibiting the lowest mortality rates (75–80%). Notably, one urban population showed cross-resistance to deltamethrin and propoxur, whilst all 6 populations were susceptible to malathion.

In comparison to control strains, detoxification enzyme P450-activity was significantly higher in two populations from suburban sites. Meanwhile, glutathion S-transferase (GST) activity was higher in four populations across ecological settings, whilst carboxylesterase (COE) levels were highest in one rural population.

Overall, this study represents the most current and comprehensive look at resistance in Ae. albopictus in Guangzhou, China. The authors show IR in Ae. albopictus across a range of urban and rural settings. They suggest surveillance of the kdr 1534 mutations (shown here to confer deltamethrin-resistance) to be able to tailor control programs accordingly. They also encourage the adoption of non-insecticide-based strategies such odour-baited traps, larval resource reduction and biological control, alongside the development of new chemical insecticides. Finally, the use of BTi for larval control could be considered, since it is rarely used in China and larvae from all settings were susceptible to it.

Thank you Sally. You are the real MVP