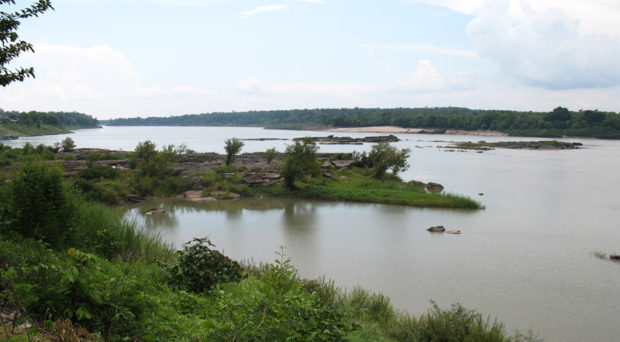 For nine years, ACTwatch has been monitoring the state of anti-malarial and diagnostic markets across sub-Saharan Africa and the Greater Mekong Sub-region. Today, on World Malaria Day, ACTwatch are proud to launch a series of publications that provide a comprehensive contemporary view into the levels of access to quality-assured, first-line malaria treatments and diagnostics, and the persistence of other non-first line medicines. The series, which includes commentary by Dr. Rick Steketee and Dr. Thom Eisele provides evidence to guide future strategies aimed at improving malaria case management and for accelerating progress towards malaria elimination. In addition to the publications, ACTwatch has made their raw data available for further use. Having conducted 50 outlet surveys, screened over 360,000 outlets and audited over 400,000 anti-malarials, the ACTwatch data provides a robust evidence-base to inform future policies, strategies and funding decisions. We sat down with ACTwatch founding Principal Investigator, Dr. Kathryn O’Connell, and current Principal Investigator, Dr. Megan Littrell to discuss ACTwatch’s findings and, rather importantly, their decision to publicly share all their datasets.

Q1. Could you explain a little bit about the goal of ACTwatch?

the goal is to then inform and monitor global and national strategies around improved malaria case management and elimination, and influence relevant policy and funding decisions.

KO: The overall goal of ACTwatch is to fill a critical evidence gap and provide timely and relevant anti-malarial and malaria diagnostic evidence from various malaria endemic countries in both sub-Saharan Africa and the Greater Mekong Sub-region (GMS). Using a standardized approach we are able to gather evidence on the levels and trends of the availability, price and market share of anti-malarials and malaria diagnostics, as well as on provider knowledge and behavior. Through this evidence the goal is to then inform and monitor global and national strategies around improved malaria case management and elimination, and influence relevant policy and funding decisions.

Q2. Tell us about the new publication series. What kind of information can readers expect to find?

ML: The new publication series is a major accomplishment for ACTwatch and something we are very proud of.  The 14 unique publications provide a comprehensive view of the anti-malarial and diagnostic markets in country specific and regional contexts. The publications examine topics such as private-sector opportunities and threats to achieving malaria elimination in the GMS; trends in the availability, price and market share of artemisinin-based combination therapies (ACT) after the Affordable Medicines Facility – malaria (AMFm) pilot; and the continued distribution of non-quality assured or non first-line medicines. Each publication includes evidence from most recent ACTwatch survey results, which we hope will provide a benchmark for the global health community to appraise the challenges and opportunities for improving patient access to first-line treatment and confirmatory diagnosis for malaria in both control and elimination settings.

Q3. What observations leap out immediately at you as you scan the results? And what are the implications?

Finally, we have seen that while confirmatory testing has increased over time, coverage is far from universal and access in the private sector is rare, meaning presumptive treatment is rife.

KO: While malaria case management has improved over the years, with increased access to first-line treatments and diagnostics, especially in the public sector, several challenges remain. Most notably, across almost all ACTwatch study countries, we continue to see a wide-spread distribution of treatments that are no longer recommended for uncomplicated malaria. These are typically monotherapies – choroquine, SP, quinine – which continue to be cheaper and more widely available than first-line ACT treatments. These monotherapies are most commonly distributed through the private sector, which constitutes up to 90% of the anti-malarial market share in some countries. Of particular concern is the persistence of oral artemisinin monotherapy in both Nigeria and Myanmar. In Nigeria, the availability of oral artemisinin monotherapy actually increased between 2015 and 2016, and in Myanmar, one in every three anti-malarials distributed through the private sector in 2015/2016 was an oral artemisinin monotherapy. This is of critical concern, given that the use of oral artemisinin monotherapy leads to resistance for currently effective ACTs and has therefore, been banned.

ML: Across various countries, most notably in Sub-Saharan Africa, we have also seen a rise in non-quality assured ACTs, medicines that have not been granted pre-qualification status or given regulatory approval, derived from both local and international manufacturers. While these non-quality assured medicines may be safe and efficacious, the non-quality assurance status has frequently been associated with lower quality medicines, making their presence and distribution in the market far from ideal.

Finally, we have seen that while confirmatory testing has increased over time, coverage is far from universal and access in the private sector is rare, meaning presumptive treatment is rife.

KO: In order to curtail the consumption and distribution of monotherapies and increase access to and distribution of quality-assured ACTs, it is imperative that future strategies harness the power of the private sector to align with national malaria treatment guidelines. Continued investments in public-private partnerships will also prove to be beneficial, as expertise from the public sector can be used to influence the private sector, through training, supervision and access to malaria commodities, and reporting of caseload data into national surveillance systems. We have seen several advantages of this approach in countries where these partnerships are already in operation. Sitting, as it were, on the cusp of a potential take-up or scale- up of other public-private partnership in countries where elimination is a goal, it will be important to ensure there are sustained financial investments for these partnerships and that the vehicle is properly constructed, reflecting international best practices.

Q4. Are the observations related to specific countries or regions or are they cross regional?

The evidence demonstrated the market impact of a sustained private-sector subsidy, and illustrated the potential benefit of the approach in additional countries.

KO: There are many similarities between countries, but variations across countries do exist. For example, while in most countries the majority of anti-malarials are distributed through the private sector, the private-sector anti-malarial market composition varies. General retailers and itinerant drug vendors are common sources of anti-malarials in countries such as Cambodia, Myanmar and Benin but in in Nigeria and the Democratic Republic of Congo, drug stores are more common. Access to this type of information allows national programs to prioritize interventions focused on specific outlets.

ML: While variations across countries are important to note, perhaps most important, is that the findings are contextualised with respect to different policy environments and interventions. In the GMS, recent commitment to eliminate malaria by 2030 means that universal coverage with first-line treatment and diagnosis is even more imperative, as is routine caseload reporting. Recent ACTwatch findings illustrate how caseload reporting in the region is rare and that very few private-sector outlets provide any caseload data. This points to the immediate need for increased regulation and supervision of this sector.

In Sub-Saharan Africa, where several of the ACTwatch countries took part in the Affordable Medicines Facility for malaria (AMFm) pilot, we were able to monitor the extent to which access to ACTs in the private sector improved during the pilot as well subsequently through the Global Fund’s follow-on co-payment mechanism. The evidence demonstrated the market impact of a sustained private-sector subsidy, and illustrated the potential benefit of the approach in additional countries.

Our premise since the project’s conception in 2008 has been to make the datasets and research documentation publicly available. We have spent years refining and building on our methods, data entry, and analysis to ensure the availability of high-quality, relevant data. We feel that sharing data has the incredible potential to strengthen the evidence base for the international community in order to inform and monitor global and national strategies, and influence policy debates and funding decisions. It opens up new avenues of research and enquiry without researchers having to recreate and collect similar data.

We believe that it would be a disservice to the international public health community and researchers not to make data publicly available.

We believe that it would be a disservice to the international public health community and researchers not to make data publicly available. And in the spirit of our core values at PSI, where we lead with evidence, allowing others to access data will help to build the global evidence base for malaria case management and elimination efforts.

Q6. What would you like people to do with the datasets?

KO: In many ways, at ACTwatch we are only able to scratch at the surface of the findings, presenting top-line indicators on anti-malarial and diagnostic markets. With over 50 outlet surveys, audits of over 350,000 anti-malarials and 360,000 outlets screened for anti-malarials, there is a wealth of data that can be used for students, researchers, and other stakeholders to address questions related to specific countries, over time, across regions, or based on specific interventions. There are opportunities to use the data for modelling or spatial analysis, explore statistical associations across different indicators, or within different domains. The data could be useful for students working on their thesis, for addressing evidence gaps in the next World Malaria Report, or for ACT and malaria Rapid Diagnostic Test (mRDT) market forecasting. The possibilities are endless.

Q7. Would you encourage others undergoing malaria (and indeed any infectious diseases research) to consider publishing their datasets?

There is no silver bullet solution to the challenges of data sharing – different communities, researchers, organizations, and countries are likely to continue to have different reasons for sharing or not sharing data. There are also many policy, privacy, and practical issues that need to be addressed in order to make data sharing practical and useful for the research community. But if others can share their data, there is a real opportunity to strengthen the evidence base for public health decision making.