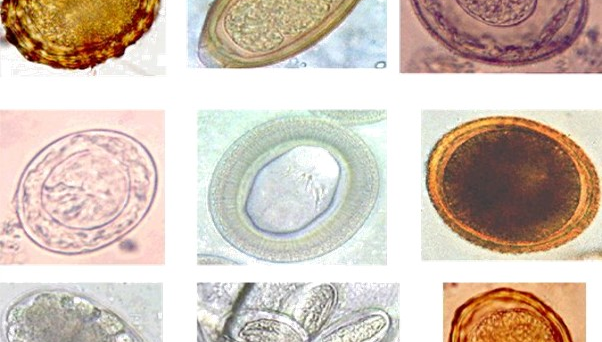 Forget about Activia, set aside Yoplait and put down that tub of Greek yogurt; if you want a true dose of probiotic goodness get yourself on the whipworm diet!

A recent publication by Ramanan et al on helminths and Crohns Disease, describes how Trichuris whipworms modulate the immune system creating a protective gut microbiota, promoting ‘friendly’ gut microbial species and hindering the propagation of damaging pro-inflammatory bacteria. This research supports the Hygiene Hypothesis on the rise of inflammatory and autoimmune disorders as well as opening up potential new routes for drug development.

Formed in 1989, the Hygiene Hypothesis was proposed as an explanation to the sudden and rapid increase of allergies, autoimmune and inflammatory disorders observed over the past couple of decades in Western countries. The theory stipulates that improved sanitary conditions and changes in diet and environment linked to urbanization and industrialization has reduced childhood exposure to microorganisms and parasites, leading to increased immune reactivity and the development of allergic reactions and autoimmune diseases.

There have been numerous studies on the Hygiene Hypothesis with growing support from epidemiological surveys, animal studies and early-stage clinical trials. However, work still needs to be done to elucidate the numerous and complex mechanisms underpinning the Hygiene Hypothesis. Research into this area could reveal new sources of therapeutic treatment for autoimmune diseases.

Host, helminths and the microbiota

A key principle in the Hygiene Hypothesis relates to the immune-regulatory properties of our ancestral microorganisms. Humans, gut microbiota and intestinal worms have coevolved for millennia (see my previous post on Trichuris trichiura our heirloom parasite), which has resulted in complex cross species interactions that remain to be determined, as are the consequences of our decreased exposure to infections.

Helminths are known to trigger a Th2 immune response, down regulating Th1 pro-inflammatory cytokines.  They also moderate the host’s Th2 response, counteracting the activity of Immunoglobulin E, an antibody that prevents worm infections but is also associated with certain allergic reactions such as eczema, hay fever, food allergies and asthma in people with atopy (a genetic predisposition to the development of allergies). The gut microbiota may benefit from the Th1 down-regulation triggered by helminth infections. A study looking at the composition and biodiversity of the microbiota in helminth-infected and non-infected individuals in Malaysia suggested that high helminths infections are associated with increased microbial diversity.

Such findings could help us understand autoimmune diseases such as inflammatory Bowel Disease (IBD) where research has implicated the composition and diversity of the microbiota as a key player in IBD pathology.  Although IBDs such as Crohn’s disease are likely to have more than one cause and influenced by a range of genetic and environmental factors, studies have shown certain gut bacterial groups may increase or decrease IBD pathology.

Recently a team of researchers set up animal experiments to elucidate the complex mechanism by which host-helminth-microbe interactions may affect Crohn’s disease. The authors used mice with a Nod2 genetic deficiency known to predispose hosts to ileal Crohn’s disease. The Nod2 genetic deficiency is characterized by a defect in the small intestine goblet cells that produce the gut’s protective mucosal layer. A weakened mucosal layer allows the propagation of pro-inflammatory bacteria in the gut, such as Bacteroides vulgatus, which is pathogenic and associated to higher IBD pathology in Nod2 deficient hosts.

Nod2 deficient mice were infected with Trichuris muris. The results showed infection with T. muris lead to the restoration of small intestine goblet cells, counteracting the genetic deficit and strengthening the mucosal barrier. In addition, they found that the T. muris infections triggered a Th2 response in the Nod2 deficient mice. This lead to a significant decrease in B. vulgatus bacteria in the microbiota and an increase in bacteria of the Clostridiales order.

Ramanan et al suggest that the immune response triggered by T. muris worms in the Nod2 deficient mice created a suitable environment for the propagation of gut-friendly Clostridiales, which then either out-competed bacteria of the Bacteriodales order such as B. vulgatus for nutrients or released a toxin harmful to the pro-inflammatory bacteria.

Linking these results to human populations living in rural (high helminth prevalence) and urban (low helminth prevalence) areas of Malaysia the authors observed that the gut microbiota of humans in rural areas has a high level of microbial diversity particularly of Clostridiales, and a low level of Bacteriodales, compared to humans living in urban areas. Even more fascinating/worrying, deworming activities in rural areas lead to a decrease of Clostridiales and an increase of Bacteriodales! Further research is needed to see whether this was linked to down-regulation of the Th2 immune response after treatment with albendazole.

The study by Ramanan et al demonstrates how helimnth infections can indirectly protect against Nod2 related Crohn’s diseases by modulating the immune system to promote a healthy gut microbiota. It also helps explain how helminth therapy may not always have the desired effect, since it may only be effective in IBD cases caused by the Nod2 deficiency.