This year Santa and his reindeer helpers delivered presents to 81 million more people than were on the planet the year before.  After such a busy Christmas, Rudolph and colleagues are feeling run down. Various theories for the reason behind Rudolph’s glowing red, bulbous nose have been suggested, ranging from upper respiratory infections to parasitic infection. 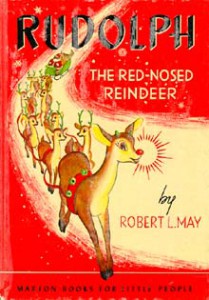 Most recently, the microcirculation of reindeer nasal mucosa was investigated as one possible explanation. A small looping, hairpin-shaped blood vessel was discovered and it is thought that this plays a role in regulating the temperature of inhaled air during nasal panting. It has been suggested that the physical exhaustion associated with pulling Santa’s sleigh has caused hyperthermia leading to hyperaemia of the nasal mucosa.

Poor Rudolph! But now Christmas is over hopefully a bit of well deserved RnR will help, right? Unfortunately, hyperaemia turns out to be the least of Rudolph’s problems for 2014.

For parasites with free-living stages, the external environment has a major influence on their development and survival.  It is hard to believe that any parasite outside of their host could survive in such extreme Arctic conditions, especially during the winter months.  Marshallagia marshalli– a common parasitic nematode of Svalbard reindeer (Rangifer tarandus platyrhyncus), has resilient free-living larval stages that are able to withstand this hostile environment.  In fact, transmission of M. marshalli is increased during the winter months– an unusual trait for parasites that live in such harsh conditions. Despite treatment with delayed-release anti-helminthic drugs, reindeer accumulate M. marshalli adults over the winter months, whereas abundance of closely related Ostertagia gruehneri (another common reindeer parasite) is unaffected. It’s suggested that this seasonal difference in transmission is down to competition between the two nematodes – which unfortunately means that Rudolph and his pals are subject to transmission of one or another of the numerous parasitic nematodes all year round. 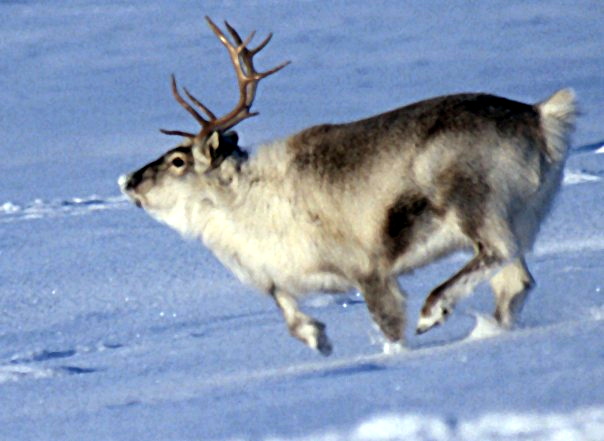 These worms can have devastating effects on the condition of reindeer and their populations. Stien et al, found O. gruehneri in particular negatively affects the overall condition of reindeer: a reduction in body mass, back fat and fecundity. Unfortunately, the Moxidectin treatment used in this study impacted on O. gruehneri but had no effect on numbers of M. marshalli adults, nor on larvae of other nematode species.  Hence it now seems likely that the impact of nematode infection is greater than commonly supposed. On top of this it has recently been shown that O. gruehneri infections are enough to impact the population dynamics of Svalbard reindeer: despite having no effect on the survival of individual reindeer, the nematodes have wider fecundity-depressing effects on their reproduction.

An even more damaging parasitic disease amongst reindeer is Elaphstrongylosis. Caused by the nematode Elaphostrongylus rangiferi, the disease is responsible for weight loss, poor growth and a high mortality rate amongst reindeer. Transmission of infective L3 larvae occurs when infected intermediary gastropod hosts are ingested during grazing. In the reindeer host, larvae continue to mature and often migrate to muscles and the CNS, resulting in complications such as paralysis of the hind quarters, pneumonia and weight loss. The abundance of this nematode correlates with warmer summers, but not with summer precipitation or reindeer density. This is thought to be largely related to the developmental stages in the gastropod, as these stages are affected by environmental temperature. E. rangerferi is extremely sensitive to fluctuations in the temperature during summer, so predictions of warming in the future suggest that there may be devastating effects on the populations of reindeer in the Arctic.

So let’s all hope that 2014 is a really cool year for Rudolph. Happy New Year!