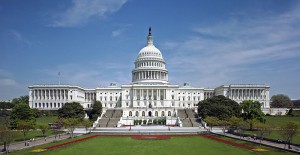 The United States federal government has been shut down for the last two weeks, because the U.S. Congress failed to enact regular appropriations or a continuing resolution for the 2014 fiscal year, starting October 1, 2013. Most “non-essential” federal employees are furloughed, national parks and monuments are closed, women, infants, and children won’t receive some benefits in specific states, and 19,000 preschool children are not able to go their classes sponsored by Head Start. While most of us (at least those who live in the US) are aware of such effects of the government shutdown, few people know about the effects on research, and public health. As absurd as it sounds, by denying the funds to run the government, the U.S. Congress is helping parasites, pathogens, and vectors in their fight against us!

How does the shutdown affect science in the USA? First of all, most federal agencies have furloughed most of their non-essential employees, including those that handle extramural funding. Biomedical research at The National Institutes of Health has ground to a halt, focused on maintaining resources, as well as curtailing services such as sequence archiving and database management widely used by the international scientific community and provided via NCBI. NIH has also suggested that applicants delay submitting their proposal until after the shutdown ends, when deadlines have to be revised, review committees reorganized, and the whole mess cleaned up. The National Science Foundation has issued a similar guidance for applicants. Beyond not being able to submit; even instructions for applications or program announcements are unavailable. One good friend was trying to prepare a proposal for a future deadline and was unable to reach even the call for proposals (lucky for them, I had last year’s version!). NSF even had to shut down the Antarctic Science program for the year, which has meant that an unlucky grad student had to turn back as soon as he got there. I could go on and on, but you get the idea. The federal shutdown is a real hindrance to research in the US.

So how does the shutdown affect public health? First of all, routine food safety inspection by the FDA is suspended as 60% of its employees are furloughed, which is particularly troubling when there is a major Salmonella outbreak ongoing associated with poultry plants on the West Coast. The Center for Disease Control has also put 68% of its employees on furlough, which means there will be limited manpower for outbreak investigations, including its national influenza surveillance program. As Tom Frieden, the Director of CDC remarked on Twitter: “Microbes didn’t shut down. We are less safe.” State Health Departments also rely on the CDC when outbreaks cross state lines and for technical support and lab testing. These all point to a potentially large effect of the shutdown on public health.

The U.S. Congress, with failing to fund the government, is reducing our ability to develop new methods to detect, investigate and control vectors and vector-borne infections. With the federal agencies unable to process and handle grant proposals, research labs might experience a gap in funding that leads postdoctoral researchers and research assistants to look for other positions, and puts research projects on hold. Research is jeopardized even beyond federal agencies and public institutions, at small biotech firms that depend on federal support. Fortunately, arboviral surveillance and vector control is mostly under state or local funding, since CDC has reduced the Epidemiology and Laboratory Capacity Grants during the last decade. Beyond human and animal parasites and vectors, the shutdown also limits research on crop and forest pest, according to the Entomological Society of America. The U.S. Congress has become an unlikely ally for parasites and vectors!

It is perhaps fortunate that this has happened in October when the chance of vector-borne disease outbreak in the US is minimal. There are encouraging signs that both parties in the U.S. Congress are willing to work together to avoid a devastating default on the national debt, which will hopefully include the funding of the federal government. However, if the shutdown continues, the effects outlined above will inevitably be exacerbated.

Parasites and vectors don’t need more of our help! Please, Members of Congress, stop helping them!