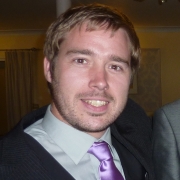 Alan Harrison completed his doctoral studies at Queen’s University Belfast where he studied the ecology and epidemiology of vector-borne pathogen in multi-host (deer and tick) cycles. He subsequently took up a post-doctoral fellowship at the University of Pretoria where he studied a diverse range of topics related to vector-borne pathogen transmission including tick-host interactions, theoretical modelling of tick-borne disease transmission and the identification of novel reservoirs and hosts of vector-borne pathogens. He is currently based at the University of Aberdeen where he is involved in a Wellcome Trust funded collaboration with the Institut Pasteur de Madagascar investigating the biotic and abiotic determinants of zoonotic disease risk in Madagascar. 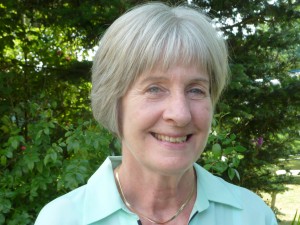 Hilary Hurd is Professor of Parasitology Emeritus at Keele University, UK, having retired at the end of 2013. Her research interests have revolved around parasites transmitted by insects and their interactions with their vectors. Her research group was particularly interested in life history strategies employed by infected insects and the mechanisms underlying the physiological changes that occur once infected. She has investigated a variety of parasites but for the last 15 years her group has focussed on the malaria parasite and its mosquito vector. The work has included establishment of the complete culture of the mosquito stages of the rodent malaria, its interaction with the mosquito gut and down-regulation of vector fecundity, the induction of parasite death by apoptosis and a search for small peptides with anti-malarial properties. She was Director of the Centre for Applied Entomology and Parasitology at Keele for over ten years and served as President of the British Society for Parasitology.

Torleif Markussen Lunde is Post Doc at Centre for International Health, University of Bergen, Norway. His main interest is in the dynamics of malaria transmission, tying together information about weather, the human population, parasites and vectors. Since 2008 we have established a new malaria research group based in Ethiopia and Norway which mainly focuses on malaria control, doing intervention studies, developing models, carrying out entomological studies, and looking into diagnosis of malaria. This research aims to map, model, and understand the emergent behaviour of malaria; complex systems and patterns which arise out of a multiplicity of simple interactions.

Krisztian Magori is the Assistant Professor of Biostatistics at the Department of Biology at Eastern Washington University. He is a disease ecologist, interested in the complex relationships between hosts, vectors, pathogens, and their biotic and abiotic environment. Krisztian got his MSc in Ecology and his PhD in Biological Physics at Eotvos University in Budapest, Hungary. Since then, he has worked as a postdoctoral fellow at NC State University, developing a spatially-explicit model of Aedes aegypti to test genetic control methods; at the University of Georgia studying the spread of West Nile virus in New York City based on percolation theory, and at Auburn University, investigating the effect of urbanization on West Nile virus transmission. He worked briefly as Senior Mathematical Modeler at Oxitec Ltd., studying the effect of releasing ‘sterile’ male mosquitoes on dengue. You can reach him at https://kmagori.weebly.com, and follow him for up-to-date vector-borne disease news @BiteOfAMosquito.

Lukus Roberts is currently a PhD student on the Wellcome Trust 4-Year PhD Training Programme in the Molecular & Cellular Basis of Infection and Immunity at Imperial College London, supervised by Professor Murray Selkirk and Dr. Corinna Schnoeller.  He studies signaling by immune cells involved in the protective response to parasitic helminth infection. He came to Imperial after previously gaining a BSc in Zoology and MSc in Parasitology from The University of Bristol. As an undergraduate, he worked with Strongyloides ratti in the laboratory of Professor Mark Viney. During his MSc, he worked with Dr. Eric Morgan and Dr. Ryan Jefferies and studied the epidemiology and biology of the canine lungworm Angiostrongylus vasorum, in its intermediate gastropod hosts. He also gained some valuble work experience in mosquito vector research, after a brief trip to Tanzania where he worked as a field assitant on a project in association with LSHTM. He is currently a student representaitve for the British Society of Parasitology (BSP) and encourages anyone interested in parasitology to follow and engage with his tweets on thier twitter account @britsocpara !

Kevin Tyler is a founder member of the Parasites and Vectors Advisory Board and pioneer of open access publishing. In the past he was a co-ordinator of the trypanosome internet conferences and editor of the P&V predecessor Kinetoplastid Biology and Disease. At Norwich Medical School, at the University of East Anglia his laboratory focuses on the pathogenicity and virulence of protozoan parasites, notably kinetoplastid (Chagas disease, Leishmaniasis and Sleeping Sickness) and amitochondrial protozoan diseases (Giardiasis, Cryptosporidiosis and Trichomonosis). 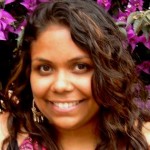 Vera Unwin gained her Bsc (Hons) in Biomedical sciences (University of Dundee), before completing her MSc in Medical Parasitology (LSHTM) and gaining exciting field experience working in the Amazon, Brazil. After working  in the malaria vaccine group at the Jenner Institute (University of Oxford), she moved to the Liverpool School of Tropical Medicine to work on a Gates’ Grand Challenges and Explorations project developing a filarial nematode cell line. She also worked in the respiratory group at the LSTM investigating the relationship between Household Air Pollution (HAP) and Mycobacterium tuberculosis. She is currently a PhD student developing diagnostics for malaria elimination settings.

Srimathy Sriskantharajah completed a BSc in Microbiology (UCL) and PhD in environmental microbiology/ atmospheric chemistry (Royal Holloway University of London) before joining BioMed Central where she is currently the Journal Development Manager for Parasites & Vectors and Malaria Journal.

Srimathy has been writing science blogs for BioMed Central for almost five years with a particular focus on parasitology – although occasionally her writing will digress to other scientific disciplines.

[…] October 2013, a group of parasitologists set out on a quest to create a forum where the latest research, news and events concerning […]

Editor at BugBitten
Kevin is a founder member of the Parasites and Vectors Advisory Board and a pioneer of open access publishing. At Norwich Medical School, at the University of East Anglia his laboratory focuses on the pathogenicity and virulence of protozoan parasites.