Organoids represent a new technology for the organ-specific tissue culture of cells in a 3D extracellular matrix (ECM). This results in the formation of 3D cell-clusters which replicate many organ-of-origin characteristics. Current efforts to develop human organoid models will help us understand more about how our organs are formed and function and how to help in cases where diseases occur.

In our study, published in BMC Developmental Biology we describe the generation of human pancreas organoids (hPOs) and show how they could be used in future research. The pancreas is located alongside the stomach and plays a critical role in our digestive system. Three main cell types are found in the pancreas; 1) endocrine cells which reside in the islets of Langerhans and produce hormones including insulin that control sugar metabolism in our bodies, 2) acinar cells which produce digestive enzymes and 3) pancreatic ductal cells that form ducts (highlighted in figure 1) to collect the digestive enzymes and transport them to the small intestine to aid with the breakdown of food.

Malfunction of these cells is associated with a series of pancreatic diseases. Pancreatic cancer can affect any of these cell types and has the lowest survival rate in the UK among all cancer types.  Diabetes is the most common disease of the endocrine compartment and affects over 4 million people in the UK.  Other serious diseases, although perhaps less well known, include pancreatitis (inflammation of the pancreas), cystic fibrosis (which affects ductal cells) and pancreatic insufficiency (reduced acinar cell function). Severe cases of pancreatic disease often leave patients with the need for a pancreas or islet cell transplant deriving from deceased organ donors. However, the greatest hurdles to pancreas transplants include a limited number of organ donors and a need for life-time immunosuppression.

We aimed to produce a 3D culture system for long-term expansion of hPOs to serve as the basis for studies of pancreas ductal cells, pancreatic diseases and the development of cell therapy for diabetes. Whilst developing the hPO model we were aware that for a cell therapy to translate into the clinic it must meet certain criteria which include cell expansion in a chemically defined manner that is compatible with Good Manufacturing Processes (GMP) with strong evidence that the cells pose no risk of tumour formation.

To generate hPOs, we isolated ductal fragments from small samples of human pancreatic tissue and placed these in an ECM to act as a 3D scaffold. In order for this to be successful we had to develop a culture medium which would include all the signals and growth factors required to support the transition of pancreatic ducts into expandable pancreas organoids (Figure 2). Through a series of optimisations and iterations in which we tested activators and inhibitors of key cell signalling pathways we achieved a chemically defined culture medium that sustains the long-term culture of the pancreas cells. In addition, we developed a protocol to freeze the pancreatic tissue and recover healthy long-term expanding organoids from it. This gives us the ability to bank tissue, share samples and derive organoids at a later date.

Importantly, genetic analysis showed that even after long-term expansion the hPOs did not show large genetic abnormalities. This is crucial, as accumulation of genetic defects during culturing, can alter cellular behaviours and impact on the results. We also found that upon transplant of these cells into mouse pancreas the hPO cells do not form tumours, indicating their genetic safety both in vitro and in vivo.

Finally, we aimed to develop a chemically defined ECM in which to culture hPOs as the commonly used ECMs (Matrigel and BME 2-RGF) are animal-derived and are unsuitable for cell therapies. In collaboration with Cellendes, a company specialised in hydrogel technology, we could show for the first time the derivation and expansion of hPOs in a fully chemically defined hydrogel.

Our demonstration of the long-term expansion of human pancreas organoids in chemically defined conditions makes this an exciting system for many areas of research (Figure 3). This system can be used as a model of healthy ductal pancreas biology and the development of disease models of the ductal compartment, such as cystic fibrosis. Organoids can also be derived from diseased states and have already been used to model different types of pancreatic cancer (PDAC and IPMN).

Critically, our protocol does not rely on altering the genome or identity of the cells in order to achieve long-term expansion. This, combined with the lack of tumour formation when transplanted into mice, makes hPOs a safe approach for potential cell therapies. Cell therapies offer hope for patients without available curative treatment options. They provide the possibility of treating a disease by extracting cells from the patient or other donors, altering them in the lab to generate working cells and transplanting them into the patient. In theory, this would treat the disease while removing the need for immunosuppression as the cells would be either self-derived or very closely matched to the patient.

The adaptation of the culture system for human cells was funded by an EU programme (LSFM4LIFE) which aims at investigating the potential of hPOs as a clinical cell therapy. Whether hPOs could be the source for a cell therapy transplantation for diabetes remains to be investigated. 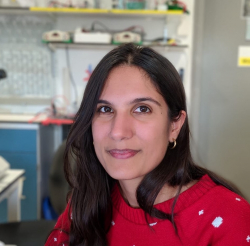 Dr. Nicole Prior is a postdoctoral researcher in the laboratory of Dr. Meritxell Huch at the Gurdon Institute, University of Cambridge and Max Planck institute in Dresden. Nikitas Georgakopoulos is a shared PhD student in the laboratories of Dr. Meritxell Huch and Dr. Kourosh Saeb-Parsy at the Department of Surgery, University of Cambridge. Dr Meritxell Huch is a Lise Meitner Max Planck Research Group leader at the Max Planck institute of Molecular Cell Biology and Genetics in Dresden. The focus of their research is to develop pancreas and liver organoid technologies and use these to answer fundamental questions about how these organs function and how organoids can be utilised for disease modeling and therapeutic purposes.