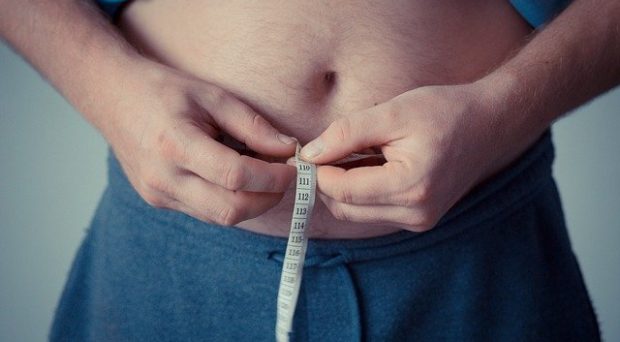 However, engagement of men in these weight loss programs is low. Men make up 11-25% of people who go to Counterweight, Weight Watchers, Slimming World and Rosemary Conley Diet and Fitness Clubs. With a greater prevalence overweight men compared to women in the UK, and rising obesity rates globally, this lack of engagement is concerning.

Our study, published in BMC Public Health, sought to understand what influences the engagement of men in weight loss services.

Only me and two other guys and about 40 women [at Weight Watchers], which is a bit off-putting

Through interviews with 18 men with different experiences of weight loss programs (from not taking part to repeated engagers) we identified two key themes: Fear as a motivation for change and Attitudes towards existing weight loss services.

Theme 1: Fear as a motivation for change:  A medical diagnosis, coupled with instructions and a referral from a healthcare professional, triggered feelings of fear and worry, which motivated men to engage with weight loss programs. Awareness of severe alternative treatments, irreversible damage caused by obesity and impaired mobility were also key motivators:

“My weight had gone up to 160kg … and my GP hinted at, well you don’t want to carry on putting on weight because you might have to have a gastric band and I said no, we’re not going to go there” [Participant 2]

Seeing the effects of long-term weight problems on family members often boosted men’s personal motivation and helped them to understand how severe their situation was:

“I lost my sister-in-law … for her whole life she had a massive weight problem, and I put it down, you know, at the end it cost her life” [Participant 8]

Theme 2: Attitudes towards existing weight loss services:  Although these medical triggers and fears were powerful, men were still often reluctant to join in or stick with weight loss programs. Two sub-themes may explain why:

Subtheme 1: Female-dominated services:  Men often found themselves in the minority, provoking feelings of self-consciousness and embarrassment, particularly due to the weight loss context:

“Only me and two other guys and about 40 women [at Weight Watchers], which is a bit off-putting” [Participant 4]

Some men felt that the female-dominated weight loss service threatened their identity and participating or worrying about weight was not perceived as a ‘manly’ thing to do; men also reported a lack of social support from discussing weight with peers:

“I think it’s just the stigma that’s attached to it for weight loss for men, they think it’s more of a woman’s thing to lose weight and worry about their weight” [Participant 7]

Subtheme 2: Incompatibility of existing services for men:  Often, available services were not what the men wanted; programs that focused on discussing weight and praising weight loss were seen as intrusive and overbearing. This often led to men not taking part, only partially engaging or dropping out altogether. 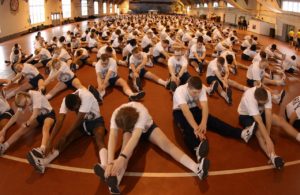 Men in the study discussed strong motivations to lose weight, triggered by fear resulting from a medical diagnosis or complication. The findings highlight the importance of healthcare professionals raising the issue of weight with patients. However, men are less likely to visit the GP compared to women, so engaging men in alternative, non-medicalized settings, is also vital.

Findings that existing services are perceived to be female-dominated and misalign with men’s preferences emphasize the importance of providing a variety of service formats (e.g. men-only, mixed groups, one-to-one), which may be more compatible and satisfactory for men.

Understanding motivations and barriers to engaging is key to addressing them and reducing rising rates of obesity, overweight and associated weight-related health problems. 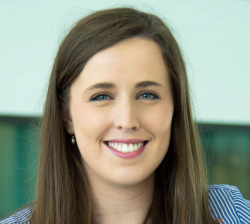 Megan Elliott was an MSc Health Psychology student at the University of Bath when she carried out this research under the supervision of Prof Julie Barnett and Dr Fiona Gillison.
Megan now works as a Research Assistant at the University of South Wales and The Wales Centre for Primary and Emergency Care Research (PRIME Centre Wales on public health and primary care research projects.