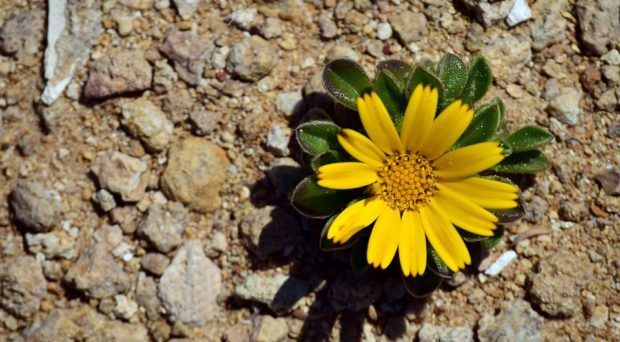 Why is this study important?

Domestic violence and abuse (DVA) is a serious public health issue, threatening the health of individuals the world over. While men can also experience DVA, women are disproportionately affected. Around 30% of women worldwide who have been in a romantic relationship report having experienced violence at the hands of their partner, and in the UK a woman is killed by her current or former male partner every four days.

The purpose of our study was to explore the concept of ‘thrivership’ with women who have experienced DVA. Thrivership is an emerging field and refers to the progression of the victim from surviving DVA to truly overcoming the trauma of abuse. Following Gondolf and Fisher’s ‘survivor theory’ in the late 1980s, ‘survivor’ replaced ‘victim’ as the preferred term to refer to individuals who have experienced DVA.  Although originally viewed as a positive shift, this terminology was not optimal for a number of reasons. ‘Survivor’ centralizes abuse in the lives of affected individuals, serving as a reminder of past negative experiences and thus hindering full recovery. It also fails to explore the more long-term recovery from abuse, focusing instead on more-immediate freedom.

‘Thrivership’ offers a resolution to these issues: it denotes prosperity and growth on an upward trajectory. Ultimately, our goal should be to eliminate DVA. In the meantime, however, public health professionals should strive to empower and support women to thrive after long-term after abuse, not simply – and in some cases barely – survive the experience.

It’s very easy to move from being a victim to survivor to thinking that you’re there and thriving and then it’s… so easy for that to be knocked right back to the beginning.

Several studies over the past 15 years provide some insight into thriving post-DVA, predominantly as a transformative process rather than an outcome. Beyond this, though, available literature on thriving offers little information about how women can be supported through this process. We are left wondering what thriving means to women beyond a spiritual or theory-based experience. What are the practical implications of thrivership? What do women need to thrive? How can healthcare professionals provide support and services to facilitate thrivership?

In 2018, we conducted a qualitative study consisting of six focus groups and four in-depth interviews with thirty-seven women. Participants were recruited from a domestic abuse charity in Birmingham, England, which provides empowerment and recovery programs for women who have experienced DVA. Participants were from a variety of backgrounds, cultures, faiths, and age groups. All had experienced abuse by a male intimate partner.

Discussions during data collection explored women’s thoughts about the progression from ‘victim’ to ‘survivor’, then ‘survivor’ to ‘thriver’; how they viewed the recovery process; what thriving post-abuse featured or meant to them; and what could be done to encourage thrivership post-abuse. Data were analysed thematically.

Our findings show that there are clear differences between the victim, survivor, and thriver ‘stages’ for women, ranging from highly negative connotations through to very positive. During the victim stage, women said they had “no self-esteem” and felt “powerless” and “isolated.” During the survivor stage they had “escaped” and felt “freedom” but experienced “guilt” and “hardships.” By the thriver stage women reported that they experienced “acceptance,” felt “free,” had developed “self-confidence,” and were “in control” of their lives.

Interestingly, all women reported that the thrivership process was fluid; it was easy for something or someone to “knock you off your thriver line,” although this became less frequent over time. As one participant put it: “I’ve been through everything in a year… and it’s very easy to move from being a victim to survivor to thinking that you’re there and thriving and then it’s… so easy for that to be knocked right back to the beginning.” Long-term, flexible support for survivors and a wider change in societal awareness were therefore highlighted as important by participants.

Thriving was ultimately characterized by a positive and forward-looking outlook, improved health and well-being, a reclamation of the self, and new social networks. Three key components were crucial to ensuring women reached thrivership, which we propose as the Thrivership Model (Figure 1): (1) Provision of Safety, (2) Sharing the Story, (3) Social Response. These components are underpinned by vital education and building of awareness at different levels. The Thrivership Model illustrates what is required from DVA-services and public health practitioners to facilitate thrivership.

We would like to thank the Birmingham Freedom Project (BFP) for working with us on this project. The BFP delivers a unique combination of awareness and empowerment programs for women affected by DVA. Programs are delivered by two female facilitators who have also experienced abuse themselves. The service offers long-term support to women who attend their programs, and free, unlimited access to services. The project’s ongoing support was cited as integral to women’s continuing progress, as was the benefit of being able to meet and talk with others who have experienced abuse. 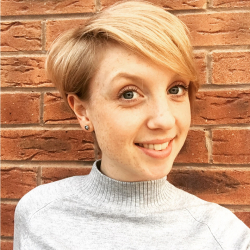 Isobel recently completed an MPH (masters in public health) at the University of Birmingham and has a background in social policy, marketing and communications, and the not-for-profit sector. Her research interests lie broadly within the scope of addressing inequalities and the social determinants of health, including gender and women’s issues, domestic violence and abuse, housing and health, social exclusion, health promotion and healthy behaviours, and poverty.