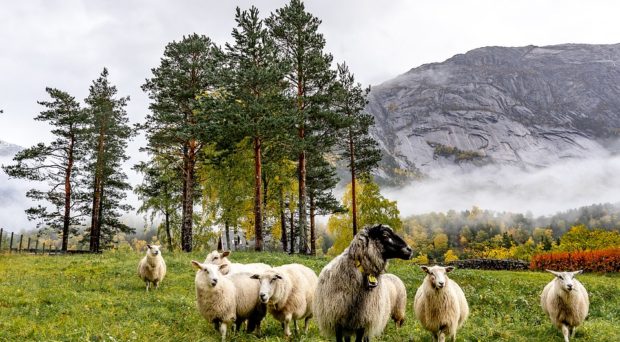 Tell us about paratuberculosis, what is it, how does it spread and how does it affect animals and humans?

Paratuberculosis commonly affects ruminants, including cattle, sheep, goats, and deer, but a wide range of domestic and wild animals are also susceptible to the disease. We believe that most livestock become infected up to the age of about two years, with the main risk period being the first weeks of life.

The infection begins with the bacteria penetrating the lining of the gut and then spreading to other organs through the blood and lymphatic systems. The bacteria can be shed in the feces and in milk. Here, young animals can easily become infected by accidentally consuming bacteria from colostrum or milk or by ingesting feces, for example off of a dirty teat or from pasture. The bacteria then multiply inside special immune cells called macrophages, disabling them by causing them to clump together. This can cause the bowel to thicken, leading to chronic problems with bowel function and weight loss, and eventually the death of 10-20% of infected animals.

Your study collated a considerable amount of data from 48 countries worldwide, how did you build such an extensive network of researchers to produce this work?

The research team was built by something called “snowball sampling”, a method typically used by social science surveys. However, it seemed to be a good way to find “rare” experts from around the world, to expand my network of contacts. I guessed that other people would know different experts, and those experts would know others. This process was closely supervised, by setting out criteria for formal inclusion in the study team and sending regular updates to keep everything on track.

To collect the data for our study, paratuberculosis experts were asked to complete a survey which collected data from their own countries. The survey was successful with around 80% of experts invited agreeing to take part, with a very low dropout rate. I think everyone believed it was an important topic and had the same questions in their minds as I did. The time from the original concept for the study to publication of the paper was about 18 months.

The survey was completed by experts in the paratuberculosis field, what were their experiences of taking part?

In the absence of national control programs, prevalence and severity continue to increase in the huge ruminant population. This study establishes Johne’s disease as a ‘global emergency’ facing domestic livestock.

It was very clear to me that our colleagues in other developing countries were delighted to have been invited to participate and to have their contributions valued, here are some of their thoughts on the project:

“For those of us working with control programs, we share lots of information informally.  It’s nice to have a published manuscript that we can cite when we refer to the work that we do.” –David Kelton

“It was a great experience to be part of such a broad and inclusive team writing this paper. Even though our backgrounds are pretty variable, we are globally facing the same challenges and uncertainties in controlling paratuberculosis. Thus, colleagues from around the globe do recognize that cooperation rather than competition is the way forward. The team was very much prepared to share available knowledge, information, and experiences.” –Maarten Weber

“It was a great experience to be part of this first international initiative to get a picture of 48 countries. In the absence of national control programs, prevalence and severity continue to increase in the huge ruminant population. This study establishes Johne’s disease as a ‘global emergency’ facing domestic livestock.” –Shoor Vir Singh

“When informing stakeholders about paratuberculosis control it is good to be able to tell them what has been done already and what was learned by the different approaches. This might help to streamline a new control program and to avoid mistakes which have been already made by others”. –Suzanne Eisenberg

Your study found that in around half of the countries surveyed, 20% of herds and flocks were infected with paratuberculosis. How does the treatment of this disease compare with other livestock diseases?

Paratuberculosis is of great concern because there is no treatment, it builds up over time and can reach high levels of prevalence within a herd or flock. It spreads between herds and flocks and it does not die out by itself.

This is a complex question. Infectious diseases can be divided into those that are exotic (do not regularly occur in a country or region but pop up once in a while) or endemic (occur in a lot of herds most of the time). There are common diseases that affect almost every herd or flock from time to time, but there are often treatments or vaccines to prevent these and so they are considered to be routine matters for farmers (examples include internal parasitic diseases, clostridial diseases, and mastitis).

In comparison, paratuberculosis is of great concern because there is no treatment, it builds up over time and can reach high levels of prevalence within a herd or flock. It spreads between herds and flocks and it does not die out by itself. Over time the impacts of production loss and mortality worsen. It takes years for this to occur and so it can go unnoticed until infection rates are quite high. Therefore, livestock trade during this long incubation period can enhance the spread of disease.

What do you think are the main barriers and facilitators to the control of paratuberculosis?

Paratuberculosis control could be greatly enhanced if vaccines were adopted more widely.

While a lack of accurate diagnostic tests is often cited as a barrier, a larger one is a lack of leadership at national and international levels. Many developing countries look to the World Organisation for Animal Health (OIE) for guidance on disease priorities and approaches to control. For paratuberculosis, there is no international code, creating the impression that the disease is ‘not important’.

For developed countries, with high rates of paratuberculosis, it is convenient not to have any specific international guidelines because they can continue to sell live animals to any country prepared to accept their livestock. Import testing requirements are set at the importing-country level and sometimes they are meaningless. For example, young animals with subclinical infections are likely to test negative and so can be imported.

Paratuberculosis control could be greatly enhanced if vaccines were adopted more widely. The existing commercial vaccines are quite effective but can cause interference with TB skin testing. This is something that requires international guidance as well as research and development of better tests for TB.

There is an urgent need for a set of generic guidelines developed by experts that can be refined according to each country’s unique needs and practices.

The design of control programs and the experiences amongst countries were often quite different, varying according to the burden of disease, animal husbandry practices, and the diverse ways that animal disease control is organized locally. But there is great expertise that could be leveraged if some method of formal coordination was in place.

There is an urgent need for a set of generic guidelines developed by experts that can be refined according to each country’s unique needs and practices. There is already an initiative from the dairy industry called the “ParaTB Forum” which has provided a nice opportunity for sharing experiences between countries, but this needs to be expanded to cover all types of livestock.

There may also be an opportunity to link paratuberculosis control activity with TB control in the future. This would be an efficient use of human resources because both require a great deal of on-farm work, individual animal testing, and interaction with farmers.

You mention that different countries have different objectives for controlling the disease, with some Scandinavian countries aiming to eradicate it. Do you think this will be achievable in the long term?

Yes, but this depends on several factors, for example, the amount of trade between herds in the population. Eradication has been confirmed in practice and is predicted by modeling. Sweden appears to have achieved eradication and maintained freedom from paratuberculosis infection. It is in a uniquely favorable position by using this form of surveillance strategy, and it is true that Norway is in a similar position. Other countries like Japan have implemented strong measures designed to get the bacterium out of the food chain, since every cow on farms in Japan must be tested.

Vaccination of sheep has been very effective in reducing the disease to negligible levels (but not zero), confirmed through rigorous long-term studies. Initially, it is important to implement control measures to reduce the burden of the disease before thinking about eradication. Eradication may be possible in some countries, but realistically this should only be a long-term goal. The rate of exchange of animals between herds is so high that eradication will not be feasible unless the industry is prepared to reform and strongly reduce the trade of individual animals between herds.

What steps can farmers living in countries without formal control programs take to protect their livestock?

Farmers should be formally educated about the precautions they should take when purchasing replacement livestock.

Paratuberculosis is a problem but it ranks quite low in terms of farmer interest and focus. Farmers should be formally educated about the precautions they should take when purchasing replacement livestock. Advice could include that it is best to purchase animals from farms that are demonstrated to have a high probability of freedom of paratuberculosis through objective certification of the entire herd /flock, rather than to buy individual “test negative” animals from farms of unknown status. Nevertheless, these certification programs exist in only some countries. 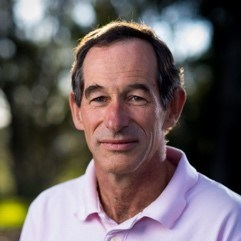 Emeritus Professor at University of Sydney
Emeritus Professor Richard Whittington, University of Sydney, has led research into veterinary infectious diseases caused by bacteria and viruses for many years. He uses the tools of epidemiology and laboratory sciences to explain and better understand diseases, and to develop and validate new diagnostic tests and vaccines to control them, in both developed and developing countries.