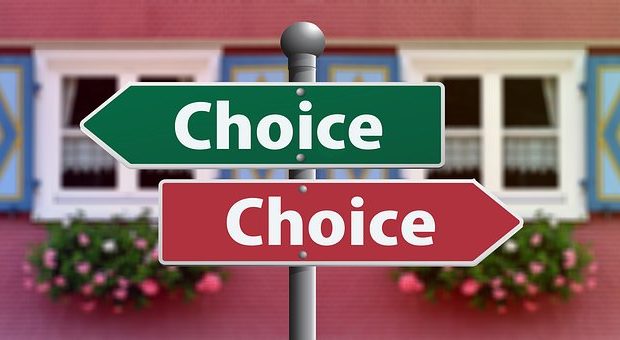 What is the problem with informal sector abortions?

Despite abortion being legal in many countries, women in both high- and low-income countries commonly seek to terminate unwanted pregnancies outside of the formal healthcare system. Informal sector abortions (ISAs) are not inherently unsafe, particularly when performed by a skilled healthcare provider using safe drugs. However, when clinical guidelines are not followed, the procedure carries a high risk of complications such as hemorrhage, renal failure, infertility, trauma to internal organs, and, in some cases, death. As a result, ISAs are an important contributor to the global burden of maternal mortality and morbidity.

In our recently published systematic review, we looked at all the qualitative evidence published in English and French on the reasons why women may decide to seek ISAs where abortion is legal, in both high- and low-income settings. We found a total of 16 studies carried out between 1998 and 2018 in ten countries, including five in Sub-Saharan Africa along with Northern Ireland, Great Britain, Hong Kong, Cambodia, and the United States. Thirteen of the studies recruited women who had undergone or attempted to undergo an ISA, while the others were based on the analysis of secondary data on the practice.

What did we learn?

The studies we surveyed confirmed the quantitative evidence that the practice of ISA is a widespread phenomenon. The medical risks associated with ISA were well known to the women involved, but fears over medical safety were outweighed by the reservations they had about abortions in formal health facilities.

Ten key reasons were identified for opting for informal sector abortion, ranging from privacy and attitude of healthcare staff, costs involved with formal abortions and timeliness of the procedure. Concerns over privacy in legal health facilities were listed as a key reason in thirteen of the studies. Costs associated with legal abortion services was an issue that came up in ten of the studies included. A lack of knowledge of abortion laws was frequently mentioned too, together with a widespread perception that abortion is not legal, even when it really is. Pregnant women’s fears of mistreatment by staff and staff unwillingness to provide abortion or to make a referral were mentioned as deterrents to seeking a legal abortion in some of the studies. A preference for self-managed abortions at home and timeliness of service were also cited in a few of the studies.

A key finding of this study is the existence of two pathways to seeking an informal sector abortion. In the first category, women first sought a legal abortion at a formal health facility and only turned to the informal sector when they were unable to proceed through the legal route.

The second trajectory involved women who directly sought an informal sector abortion for the above reasons, without first trying to obtain a legal service; for women in this pathway, ISA was regarded as the normal trajectory for seeking abortion. Formal sector abortion was the last resort after multiple, ineffective clandestine abortion attempts or for treatment after post-abortion complications.

Among the study participants, unsafe abortion was not spoken of solely in terms of medical and physical safety, but also in terms of social and economic security. Abortion facilities that did not protect women’s anonymity were deemed to be unsafe. This was mainly due to the fact that societal attitudes to abortion were largely negative and that severe repercussions, such as loss of livelihood and being shunned by their community, hold back women from openly seeking termination of unwanted pregnancies.

Why is this important?

Preventing unsafe abortions requires a comprehensive understanding of all the drivers behind each stage of the decision-making process. These include the reasons for unwanted pregnancy, the initial decision to seek an abortion, the choice of provider and method, as well as post-abortion care seeking.

There has been a tendency for studies to focus almost exclusively on countries where abortion is prohibited, neglecting the issue of ISAs in countries where abortion is legal. Our review addresses this gap and identifies a number of issues with formal service providers that in some cases push women to obtain abortions through the informal sector, while highlighting that too little is known about this topic in North Africa, the Middle East, South America, Eastern Europe and Central Asia.

What can we do with this information?

A number of areas for potential intervention have also been highlighted. For example, the influence of women’s social networks in shaping their abortion trajectories was an important point discussed in this review – this means there is potential to address ISAs through education and information campaigns in those communities.

The use of medical abortion pills for self-induction, as a harm reduction program, is another area of interest. When women are provided with information on recommended dosages and administration of the drug, evidence shows that self-induction using misoprostol can be safe. Women’s preference for self-managed abortions for early stage pregnancies also lends credibility to recent studies on women’s views on the acceptability of home managed abortions; governments should recognize this is rapidly becoming an option for unwanted pregnancies, and avoid driving the practice underground, where it can truly become dangerous.

Giuliano Russo is an academic from Queen Mary University of London, where he teaches medicines and human resources for health. Having lived and worked in Africa and South America, Giuliano’s research has focused on the economics of human resources for health and pharmaceutical markets in low-income settings. He is currently the principal investigator for an MRC grant to study the impact of the economic crisis on the health system and its workforce in Brazil.