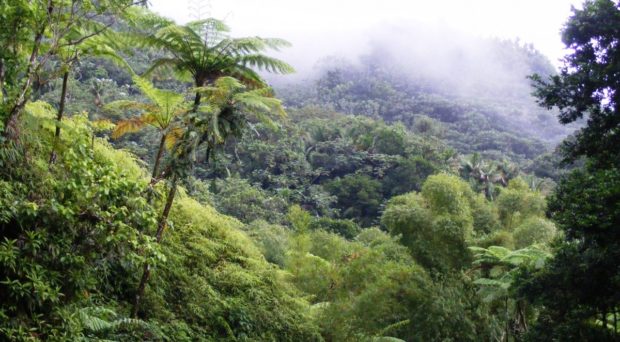 The Effects of Stress on Survival in Grey Mouse Lemurs

The relationship between glucocorticoid levels and survival in the grey mouse lemur were studied by Rakotoniaina et al. Through the implementation of a capture-mark-recapture model and hair cortisol concentration (a type of glucocorticoid) as a stress indicator, the effects of stress on survival in a natural setting were assessed.

High levels of cortisol and reduced survival appeared to have an association. It was also found that very good body condition was associated with an increased survival semi-annually, but not during the reproductive season. Variations in parasitism did not predict survival.

Population decline is often hard to measure, and this study demonstrates how an individual health indicator, such as long-term stress levels, may provide an alternate and easier method for detecting issues at a population level, thereby predicting wild populations’ responses to environmental challenges.

Flycatchers in the Cold

Briedis et al. investigated the effect of extreme weather changes on migrating semi-collared flycatchers. They found that the flycatchers delayed the last phase of their spring migration and the population experienced low return rates to breeding sites while enduring a severe cold spell en route.

It was also found that the start of the spring migration in Africa, and timing of crossing the Sahara were consistent between late and early springs. However, breeding site arrival was dependent on spring phenology at the stopover points in each year.

This study progresses our understanding of how a species biological rhythms and their external environmental stimuli interact. This enables us to greater understand how climate change may impact on migratory animals.

The authors monitored the reptile and amphibian road-kills along 97.5km of tertiary roads, stretching across interurban, municipal and agricultural roads as well as cycling paths. The data was collected in eastern Austria across two seasons.

72 reptile and 180 amphibian road-kills comprising eight species were recorded, mainly along agricultural roads. It was found that the highest concentrations of road-kills were located next to vineyards, suburban areas and arable land. Green toads, common toads and grass snakes were the most often found road-killed species.

It was found that a citizen science approach was more cost-efficient than monitoring by professional researchers in instances where more than 400km of road are studied. This information may help authorities aiming to reduce road-kills and other researchers to implement large-scale monitoring of road-kill hotspots in a cost-effective manner.

Which Frogs Will Reign in an Altered Tropical Forest 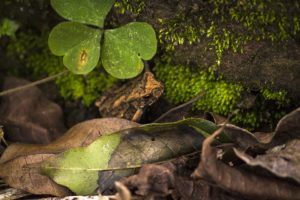 Mareike Hirschfeld and Mark-Oliver Rödel investigated which traits make a species more tolerant to disturbances, thereby enabling their success and survival in altered tropical forests as well as pristine ones.

Through analyzing published data in 243 frog species, they identified which traits enabled these amphibians to cope most effectively to modifications of their natural environment.

Those that coped with modifications to their natural habitat best were; indirect developing species with a wide elevational distribution and large range size, which were independent of streams and inhabited leaf litter.

This study helps to predict future frog communities in altered tropical forests by identifying the traits which are likely to persist in these new environments. These traits found in frogs are also linked with traits found in species with a low extinction risk.

In their study, Nishijima et al. examined whether invasive crayfish deliberately destroy submerged vegetation which houses its prey in order to increase their feeding efficiency and therefore their growth rate.

The researchers found that increasing crayfish density decreased vegetation and animal prey density whilst also increasing the rate of growth of individual crayfish.

When the vegetation was replaced with an increased amount of artificial vegetation, the crayfish growth rate decreased and the survival of animal prey increased.

The experiments determine that the aquatic vegetation strengthens the bottom-up control of crayfish, but this effect is relaxed when the density of crayfish is increased.

This study contributes towards ecosystem restoration knowledge, as the introduction of submerged plants which are tolerant to crayfish destruction may assist in the rebuilding of other aquatic plants and therefore invertebrate populations at small scales.