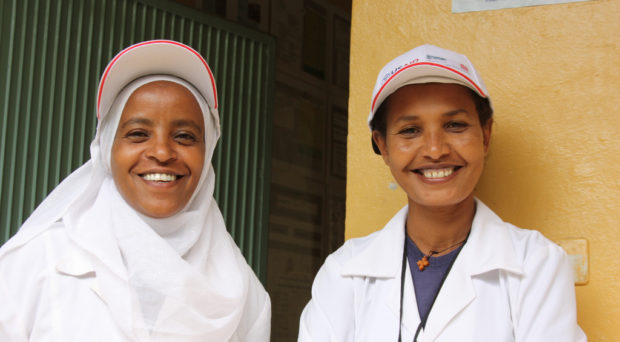 Globally, transgender people are disproportionately vulnerable to HIV. Furthermore, a lack of specific demographic, epidemiological and behavioral information on transgender populations around the world stops the development of HIV-prevention programs that directly target such groups. Seeking to tackle this problem, Siyan Yi and colleagues worked to gain insights into the characteristics, experiences and HIV status of 1,375 transgender women in Cambodia. As well as providing insights into the diverse lives of these women, the study highlighted a number of key factors which may contribute to a high prevalence of HIV/AIDS. High-risk sexual behaviors, along with low levels of HIV testing and high prevalence of sex in exchange for money, were identified as potential driving forces behind transmission. Experiences of discrimination while accessing healthcare through traditional routes and a lack of HIV education may additionally act as barriers to reducing such behavior. Any HIV intervention that seeks to target transgender people in Cambodia must address these factors, and the authors highlight the importance of community-based healthcare in providing inclusive, accessible care, as well as proposing HIV self-testing and pre-exposure prophylaxis (PrEP) as potentially effective interventions.

“Health is a right for all…it is at the center of our vision of a more sustainable, inclusive and prosperous future”.

These words, delivered by UN Secretary General António Guterres at the recent Universal Healthcare Coverage Forum in Tokyo, are reflected in the UN’s Sustainable Development Goals, and are representative of widespread attitudes among the international community. However, this rhetoric, argue Alicia Ely Yamin and Allan Maleche, has yet to translate into action at a national level in East Africa.  In an insightful debate article, they highlight ways a human rights-based approach could be used to advance efforts to establish universal healthcare coverage. For example, treating health coverage as a universal human right means access should never be hampered by an individual’s ability to pay. The authors recommend integrating healthcare rights into wider aspects of policy and law, and ensuring meaningful participation of all citizens in setting healthcare priorities. Finally, they call for greater accountability for governments, institutions and programmes whose duty it is to see that healthcare is effective, democratic and accessible.

While intimate partner violence is one of the most widespread forms of gender-based violence globally, attitudes towards such acts can vary enormously, and the legality of “wife-beating” remains a controversial issue in many countries. Wife-beating is a socio-culturally accepted norm in many parts of Ethiopia. Eshetu Gurmy and Senait Endale at Addis Ababa University sought to assess the attitudes of Ethiopian women towards wife-beating, which they suggest has untold effects on the physical and mental health of victims and widespread downstream implications for the socio-economic status and individual freedoms of women across Ethiopian society. Using data from the countrywide Ethiopian Demographic and Health Survey, the researchers identified a number of factors that might affect the extent to which women accepted wife-beating as a justified norm. Most markedly, attitudes towards intimate partner violence varied geographically, with women in rural areas being generally more accepting than those in urban areas. Factors such as household income, level of education, age, religion and access to the media may contribute to this disparity. Understanding attitudes towards intimate partner violence is vital in developing interventions that seek to change culturally ingrained behaviors and practices.

“You can read the health worker’s face which shows that he is looking at something very bad and it makes you feel very bad. When they see us, they see us as animals.”

Female sex workers (FSWs) are disproportionately susceptible to HIV contraction, yet often face a unique set of barriers when attempting to access proper care. Rhoda K. Wanyenze and colleagues conducted focus group discussions with 190 sex workers from across Uganda to identify the challenges they face when accessing HIV services. FSWs from all districts involved in the study reported discriminatory and demeaning treatment by healthcare workers, as in the above quote from a sex worker in Kamapala, as well as fears of legal reprisals when seeking care. Some interviewees expressed worries that their HIV positive status would not remain confidential and feared prejudice and reprisals from other sex workers, as well as from wider society. Interviewees highlighted a number of practical barriers to accessing treatment and contraception, such as unfavorable operation times at healthcare facilities, limited availability of condoms at such facilities, and most notably the cost of obtaining a service. HIV prevalence among FSWs in Uganda is estimated at 34%, and qualitative, interview-based studies such as this highlight the personal attitudes and experiences of individuals, informing a specific and more nuanced approach to intervention.

Informing Children of their HIV Status

How do you tell a child that they have HIV? This is a problem faced by millions of parents and caregivers across the globe, and one with important and widespread health-related repercussions. Only through full disclosure can access and adherence to treatment be ensured. While the WHO recommends incremental disclosure of a child’s HIV status while they are of school age, rates of disclosure prevalence vary enormously internationally. Eric Gyamfi and colleagues utilized a mixed methods approach to assess the attitudes of caregivers of children with HIV and the prevalence of disclosure in the Lower Manya-Krobo District of Ghana. They found that only 7.7% of disclosures happened before the age of 11, with many caregivers reporting they felt children would not understand their disease before that age, or would be unable to keep their diagnosis private. As a health service provider reports:

“Telling children can be problematic because children talk a lot. They may actually disclose the diagnosis to others. This will reveal the status of the mother and the rest of the family, which can result in stigmatization towards them.”

The significant social stigma still attached to HIV/AIDS represents a powerful barrier to timely, informed disclosure, with some parents even reporting fears of rejection or blame by their child. The authors recommend development of disclosure guidelines by the Ghana Health Service, as well as improved support for both children and caregivers.