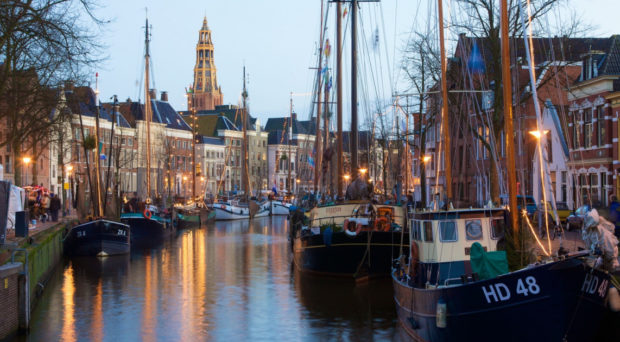 What did the Neanderthals ever do for us?

In a fascinating keynote lecture, Professor Svante Pӓӓbo, Director of the Max Planck Institute for Evolutionary Anthropology, looked back at his work on the relationship between Neanderthals and modern humans.

When he began this work 10-15 years ago, researchers had to rely on mitochondrial DNA, more easily obtainable from limited bone fragments than nuclear DNA due to the multiple copies per cell. Professor Pӓӓbo even told the press that it would never be possible to obtain nuclear DNA from Neanderthal remains. As he noted in the talk, this provides a valuable lesson in being modest about what will be possible in the future; the advent of high throughput DNA sequencing has of course now enabled sequencing of Neanderthal nuclear DNA.

Being able to recreate a considerable portion of the Neanderthal genome has revolutionised our conception of their relationship with modern humans. Comparisons have shown that modern humans of European descent share many genetic variants with Neanderthals that people of African descent do not; exactly what we would expect if substantial interbreeding had taken place when modern humans first entered Europe. This was surprising given that mitochondrial DNA evidence had suggested no such interbreeding.

Further research has found Neanderthal DNA sequences in modern humans from China and Papau New Guinea, suggesting that all modern humans that left Africa intermixed with Neanderthals. Professor Pӓӓbo also discussed the more recent discoveries that Denisovans also mixed with modern humans, Neanderthals, and potentially even more ancient hominins. As he put it: “we have always mixed!”

A different, less beneficial, type of intermixing between Neanderthals and modern humans was discussed in a talk by Ignacio Bravo of the French National Centre for Scientific Research (and BMC Evolutionary Biology Editorial Board member). He presented results suggesting that the most prevalent lineage of the most oncogenic of human papilloma viruses, HPV16a, may have spread to humans through breeding with Neanderthals.

While HPV16a is the most prevalent lineage in all other parts of the world, it is very rare in sub-Saharan Africa. By comparing the evolutionary relationships between the various lineages of HPV16, Dr Bravo and his team find evidence supporting the idea that HPV16a evolved in archaic hominins after they left Africa; the lineage was then spread back to modern humans when they in turn left Africa and mated with Neanderthals.

The trouble with children

Dr Bravo’s talk was one of many touching on the intersection between evolutionary biology and medicine; unsurprising, given that this year’s ESEB meeting overlapped with the meeting of The International Society for Evolution, Medicine & Public Health.

Another interesting presentation in this area was on the apparent costs to human mothers of bearing sons. Michael Poulsen of the University of Copenhagen presented analysis of data on almost 1 million Danish women (collected by Statistics Denmark) who completed child bearing between 1980 and 2010. The analysis found that women who bore only sons had on average a 3% increase in mortality post-45 years old compared to women who bore children of both sexes; conversely women who bore only daughters had a 2% reduction in mortality. This might not sound like a huge amount, but equates to an average difference in lifespan of 5 years between women who only had daughters and those who bore only sons.

This higher mortality seems to be due to an increased risk of the most common post-menopuasal diseases – heart disease, type-2 diabetes, and obesity – in women who bear only sons. Dr Poulsen speculated that this might be linked to changes in insulin use, due to differences in uterine growth in mothers carrying sons; in general, sons may draw more resources during pregnancy than daughters, creating a bigger impact on the health of their mothers. If true, this would be consistent with work on other mammals with strong size differences between the sexes like deer and elephant seals. 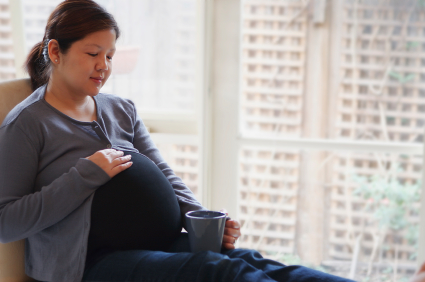 Research on the flip side of this question – the effects of maternal health on offspring wellbeing – were presented by Malgorzata Lagisz, a member of Shinichi Nakagawa’s lab at the University of New South Wales, Australia. A number of studies conducted in rats and mice have suggested that restricting maternal food intake during pregnancy impairs future cognitive abilities of their offspring. Dr Lagisz and her colleagues conducted a meta-analysis on these studies, incorporating 85 studies comprising 453 measured effect sizes.

Lagisz noted that one difficulty her team had was that almost every study included in the meta-analysis seemed to measure cognitive abilities differently, making comparisons between studies difficult. Eventually, Lagisz and colleagues decided to roughly group the tests into ‘carrot’ and ‘stick’; that is, studies that rewarded rats or mice for successfully completing tasks (e.g. with food), or those that punished them for failure (e.g. with electric shocks). Intriguingly, dietary restriction had a much smaller impact on success with ‘stick’ tasks, implying that the parts of the developing brain involved in aversive learning are better protected from lack of resources, perhaps because of their greater importance for survival.

The social spiders studied by Jonthan Pruitt of UC Santa Barbara make considerable sacrifices for their offspring. They have a remarkable suicidal co-operative care system, where adults liquefy their own bodies to feed the groups’ young. However it was not their breeding that Pruitt discussed, but rather the differing personalities of individuals within the spider groups.

While the spiders have no distinct castes, individuals do differ in their boldness. Bold individuals are rare (less than 5% of the population) but highly influential; in the laboratory, the addition of just one bold individual into a group can dramatically influence the boldness of the group as a whole, with significant effects on group survival.

Dr Pruitt wanted to test the influence of bold individuals in the spiders’ natural habitat of the Kalahari Desert. This was no easy task; Dr Pruitt calculated that in order to monitor survival over 7 months at his 4 field sites in arid regions, and 4 field sites in wet regions, he had to drive a distance equivalent to the circumference of Planet Earth!

At the arid field sites, the pattern of the lab was repeated; the addition of a single bold individual substantially affected the boldness of the colony as a whole and, moreover, these bolder colonies had significantly greater survival than their timid neighbours. However, in wetter regions the addition of bolder individuals had no effect on the colony.

These were just a few of the highlights from the approximately 400 talks and 800 posters presented at the conference. Such a vibrant meeting, covering such a wide range of topics, clearly demonstrated the strength both of ESEB as a society and evolutionary biology as a research field – the contention of several speakers that evolutionary biology should be considered as one of the basic sciences, alongside the likes of physics and chemistry, was strongly supported in Groningen. We can’t wait for ESEB 2019!