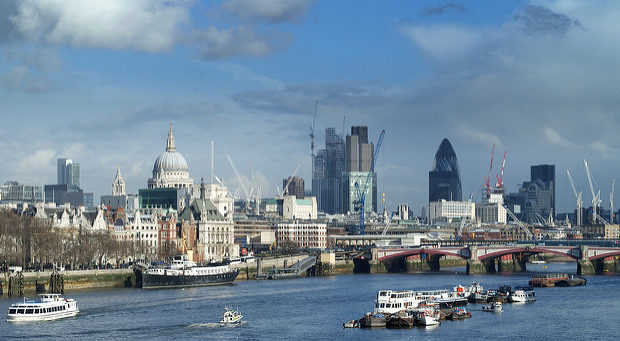 This year’s RCPsychIC took place against a backdrop of uncertainly; the convention followed hot on the heels of the UK’s monumental Brexit vote, and with the on-going insecurity surrounding the junior doctor contract dispute, the unscheduled focus of the congress was unsurprising the uncertainly surrounding the future of mental health care in the UK healthcare system.

The convention featured a line-up of ground-breaking keynotes speakers. Among them, Nobel Laureate John O’Keefe provided a fascinating summary of his research studying the hippocampus as the cognitive map of the brain. Other more light-hearted keynotes included comedian Jo Brand discussing her previous career as a mental health nurse and journalist John Sweeney demonstrating the very real possibilities of ‘brainwashing’ by getting an auditorium full of psychiatrist’s dancing to the Bee Gees’! 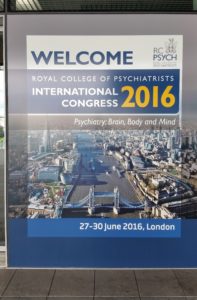 One major focus of the convention was the co-morbid occurrence of a number of chronic conditions with psychiatric disorders. In particular, several sessions were focused on the interface between diabetes and psychiatric disorders. In one of these, Carol Kan, Christopher Garrett and Omar Mustafa discussed aspects including the evidence for and against shared genetic risk of type II diabetes and depression, and the importance of adequate diabetes care for psychiatric patients.

A number of other sessions focused on the interface between neurology and psychiatry. Mike Dilley highlighted that prevalence of depression in patients with traumatic brain injury is affected by factors including prior mental health, injury severity and social support. Whilst neuropsychiatric assessment is more complex in these patients a number of psychotherapeutic options may be effective to improve mood. Niruj Agrawal then discussed the complexities of assessing and treating depression in patients with epilepsy; whereby either epilepsy itself, or anti-epileptic medications, may paradoxically mimic or mask the symptoms of depression. Finally, Andrea Cavanna gave an overview of the co-morbidity of psychiatric disorders and movement disorders. In Tourette’s syndrome, a spectrum of disorders characterized by involuntary movements, most patients have at least one psychiatric disorder, with 36% of patients exhibiting an affective disorder such as depression. 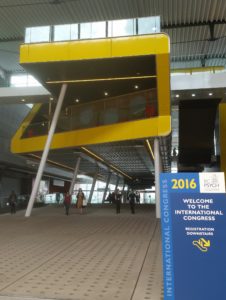 Do integrated care programs, in which mental health care is delivered in primary care settings, prove beneficial to the long-term outcome of patients? A number of studies are currently underway to answer various aspects of this complex question. Stephan Priebe discussed whether continuity of care is beneficial to the patient, i.e. should the same psychiatrist (or team) provide both in- and out-patient mental health care? Preliminary results from the UK portion of the COFI study, a large-scale comparison of integrated and functional systems, suggest that integrated care may be favourable. Sarah Dowling, outlined the on-going QuEST study, which aims to assess the quality of supported accommodation, a key aspect of mental health rehabilitation. Rehabilitation psychiatrist Sri Kalidindi then talked about the challenges and successes of a program to integrate physical and mental health care in South London. She highlighted the need for more preventative measures, including the need for early intervention services (such as the OASIS service), and improved education and training to help people stay well, both mentally and physically.