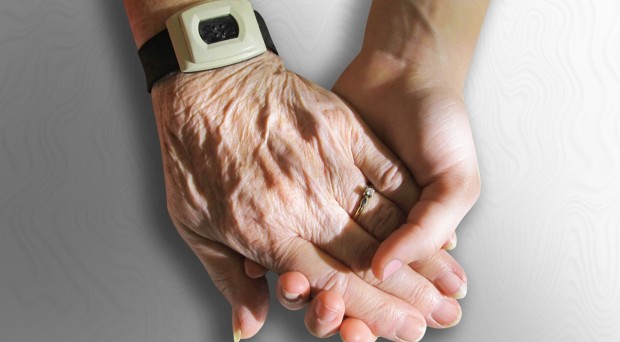 Palliative Care is about more than medicine
publicdomianpictures.net

Patients and their families have consistently ranked compassion as one of their greatest needs when it comes to healthcare. But how to define and measure compassion in a health care environment is a major challenge.

A systematic review published in BMC Palliative Care in January by Shane Sinclair and colleagues identifies this problem and also highlights the lack of patient and family voices in compassion research.

By searching through electronic databases and other literature of the last 25 years, the authors identified 44 studies which explored the perceptions or interventions of compassionate care in clinical populations, healthcare professionals, and healthcare students.

Crucially, the researchers found that less than a third of studies included patients.

Healthcare students and clinicians identified personal experiences within and outside of their formal healthcare training as key contributors to their capacity for compassion.

On the topic of the teaching of compassion, a range of views was found within study participants. Some felt that compassion was a natural ability some had and that therefore it was un-teachable.

Others thought that compassionate qualities in healthcare students and professionals could be fostered but relied heavily on the individuals’ innate qualities.

Both healthcare students and clinicians identified personal experiences within and outside of their formal healthcare training as key contributors to their capacity for compassion.

The researchers conclude that compassionate clinicians tend not to distance themselves emotionally from patients, but rather integrate their emotions into the patient-clinician relationship. They recommend that further efforts should focus on defining compassion in a measurable way and that research should increasingly involve patient and family views.

Of apples and oranges: Lessons from a collaboration

In order to search for something, you must first define what you are searching for. This is exactly what Jan Gaertner and co-authors discovered when preparing a protocol for a systematic review of Specialist Palliative Care (SPC).

A collaboration between researchers at the University of Freiburg (Germany) and King’s College London (UK) lead to the discovery of inconsistencies between research groups when it came to defining key search terms to be used for collecting literature for review.

The two groups each set out their chosen definitions for Populations, Interventions and Outcomes regarding palliative care. They analyzed the two versions of each definition and prepared an optimum definition for each.

The final recommendations for all authors thinking of writing a systematic review are to stick to standard, generally accepted definitions OR to use very clear definitions right from the very beginning to avoid methodological shortcomings which weaken evidence-based findings.

It’s not just for cancer: palliative care in patients with other high mortality conditions

For patients with long-term illnesses such as heart failure and chronic obstructive pulmonary disease (COPD) it can be difficult to determine exactly when palliative care should begin.

There is often no clearly defined point at which their illness becomes terminal (unlike cancer) and patients generally receive care designed for earlier stages of illness until death.

Martín-Lesende and co-workers followed patients who were taking part in a trial of telemonitoring who suffered from Heart Failure (HF) and/or Chronic Lung Disease (> 75% had COPD). Patients were included if they had multiple illnesses as well as great difficulty leaving the house.

According to the literature, a high percentage of patients with HF and COPD would prefer to die at home which may be judged as the most comfortable and appropriate place. Therefore, it is striking that this study found that > 80% of terminally-ill HF/COPD patients die in hospital, a trend that has also been highlighted in other studies.

Patients generally received the same care in their final admission as in previous admissions.

The length of the patients’ final stay in hospital was found to average 8.5 days with 25 % of stays above 15 days. Such a long period of hospitalization before death is likely to be stressful for the patient, family members and carers. A review of the clinical records found that patients had generally received the same care in this final admission as in previous admissions for the same illness except for some palliative care once near to death.

The study concludes that the clinical focus often tends to remain on the illness rather than introducing palliative care early on and recommends that resources should be made available to enable more patients to stay in their homes in the final stages of their illness.