World Health Day, which is celebrated on the 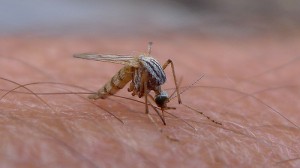 7th of April, selects a high priority theme for Public Health every year. This year’s goal for World Health Day is to raise awareness of the threats vectors and vector-borne diseases pose to communities and to empower people across the globe to protect themselves. The World Health Organisation has recently declared that vector-borne diseases such as malaria, dengue and Japanese encephalitis could be eradicated through preventive measures and more financial commitment for campaigns against the diseases.

Vectors – such as mosquitoes, sandflies, bugs, ticks and snails – are organisms that transmit pathogens and parasites from one infected person or animal to another. Vector-borne diseases originate from these pathogens and parasites in human populations and account for 17% of the estimated global burden of all infectious diseases. Around 70 percent of such diseases are reported from low and middle income countries. Although the implementation of many regional and global health initiatives has helped to lower the incidence and death rates from some vector-borne diseases, factors such as globalization of trade and travel in addition to environmental challenges are impacting their transmission, and causing their appearance in countries where they were previously unknown.

The objectives of World Health Day 2014 include:

An increasing threat to health

Louise Kelly-Hope, an Associate Editor for BMC Public Health, is a Scientific Programme Manager and Researcher at the Centre for Neglected Tropical Diseases, Liverpool School of Tropical Medicine in the UK. Her main research interest is vector-borne disease epidemiology, and she uses geographical information systems (GIS) and remote sensing technologies to analyse spatial and temporal distributions of disease, collect and manage environmental and human population data and identify risk groups and possible casual factors. Her most recent work has focussed on lymphatic filariasis, a mosquito-borne parasitic disease that causes significant disability worldwide, and currently a target for elimination through mass drug administration and vector-control.

‘Vector-borne diseases affect over half of the world’s population and are an increasing threat as they emerge and adapt to new environments, and develop resistance to the drugs and insecticides available for treatment and control. For malaria, one of the most devastating diseases, vector control is the mainstay of control and in recent years there has been an unprecedented increase in donor support and scale up of interventions, especially of long-lasting/ insecticide-treated bed nets (LLINs/ITNs) in sub-Saharan Africa. Understanding the impact of these vector control interventions on malaria as well as other diseases such as lymphatic filariasis, which is transmitted by similar vector species, is important as it may provide additional benefits by reducing transmission and accelerating the elimination process. This is particularly important in Africa where many endemic countries are behind the global lymphatic filariasis elimination targets. More linkages and coordinated efforts between the various programmes is critical if vector borne diseases are to be controlled and eliminated at a global , national and local level.’

BMC Public Health strongly supports the initiatives of World Health Day in tackling vector-borne diseases across the globe.  For interested readers, we pick some highlights from the recent literature:

Economic evidence on the costs of recent dengue outbreaks in 4 countries (Peru, Dominican Republic, Vietnam, and Indonesia) distinguishes between costs of dengue illness, cost of interventions and cost-effectiveness of interventions.

Most Dutch school children have a good knowledge of ticks and the potential consequences of tick bites. Knowing someone who has become ill after a tick-bite is associated with a good knowledge score and leads to better appreciation of the need for body checks. The relationship between health education programs for children (and their parents) about consequences and prevention of tick-borne disease deserves further study.

The recent emergence of Lyme disease in Quebec, Canada is a good example of a complex health issue for which the public health sector must find protective interventions. Using a multi-criteria decision analysis (MCDA) approach for the management of the disease has facilitated the identification of gaps in the scientific literature and enabled a clear identification of complementary interventions that could be used to improve the relevance and acceptability of proposed prevention and control strategy.

Most households along the Chad-Cameron pipeline corridor have a good knowledge of malaria and its mode of transmission. However, the use of malaria treatment drugs may often be inappropriate. Recommendations are made here in order to guide the implementation of better control measures in this population.

To keep up to date with the latest research on vector-borne diseases published by BMC Public Health, please do sign up to receive our article alerts (https://0-www-biomedcentral-com.brum.beds.ac.uk/bmcpublichealth/my/preferences).