It was hard to keep politics out of the 2013 meeting of the Royal College of General Practitioners, held in Harrogate, UK earlier this month and attended by approximately 1700 practising GPs and primary care researchers – as well as BMC Family Practice. 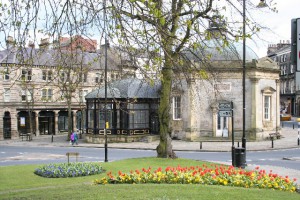 The reason for this? The UK government has recently enacted far-reaching reforms to the organisation and delivery of primary care. With Prime Minister David Cameron also announcing just a few days before the RCGP meeting plans for all GP practices to open from 8AM to 8PM, seven days a week, GPs in the UK are more aware than most health professionals of how substantially politics can affect them.

It’s fair to say many of the attendees were not enamoured with these changes. Outgoing RCGP chair Clare Gerada said that early signs suggest the reforms are resulting in “chaos, confusion and incoherent policy” and that in ten years time they will be seen as one of the “historic misjudgements of all time”. Dr Gerada also pointed out that GPs have 90% of contacts with patients in the NHS, yet receive just 9% of the budget. Government health secretary Jeremy Hunt endured some rather uncomfortable questioning after delivering a speech to the assembled GPs.

Healthcare on a budget 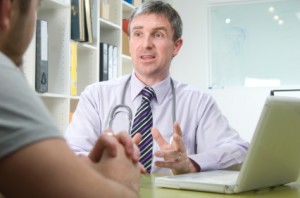 The clear message of all this was that, like it or not, primary care workers in the UK will have to cope with increasing demands and a decreasing budget; a situation that their colleagues in many other countries would of course recognise. This makes the need for research on ways to improve the delivery and efficacy of primary care more important than ever. On this count, the conference did not disappoint.

When resources are limited, it becomes more important to allocate them efficiently. This might be as simple as making sure that trained doctors stay within the health system. Yet, as Jessica Drinkwater of the University of Manchester discussed, ensuring that women with children continue progressing in the medical profession is no easy matter. The UK allows less than full-time GP training, meaning trainees can fit their professional obligations around their familial ones. However Dr Drinkwater showed that these part-time trainees still face perceptions from many that they are less professional and less committed than full-time trainees. A comment from a female member of the audience also suggested another barrier to acceptance that part-time trainees face: a perception that full-time trainees may be treated worse than part-time trainees, for example by getting the less convenient time slots for training. These are difficult issues to address, but clearly important when one considers that 80% of GP trainees in the UK are female.

Another issue is ensuring patients make correct use of the health resources available to them. An increasing concern of late has been the number of patients with relatively minor conditions who access medical care through the emergency ambulance service rather than their local primary care clinic. It has been suggested in the popular press that this is because patients simply cannot get an appointment with overworked GPs. However Matthew Booker, of the University of Bristol, in presenting his research on this topic suggested there was little evidence to support this idea. Rather, Dr Booker suggested that there is a lack of help for patients to decide what is an urgent condition and what is not; patients are using the 999 emergency number as a triage system for their medical problems. 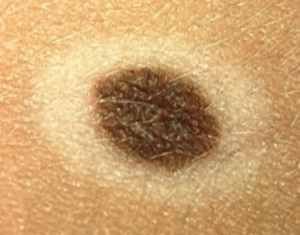 Technology is often held up as a big hope in the drive to make medical care more efficient. Two presentations on the use of technology in diagnosing potentially malignant skin lesions gave somewhat differing views. Joanna Clayton of Colchester General Hospital presented an audit of the benefits of using a teledermatology service in which patient’s lesions are photographed and forwarded on to a Consultant Dermatologist to assess remotely. She found that the system was a safe way to reduce the number of patients given urgent referrals to a Consultant.

Conversely, Fiona Walter of Cambridge University, presenting results from a trial of the MoleMate system (an electronic aid designed to help GPs diagnose potentially concerning lesions) found no benefit in terms of more appropriate referrals when compared to standard Best Practice guidelines. Notably though, both doctors and patients involved in the trial preferred using MoleMate. Perhaps a case of the false reassurance technology can provide?

While more efficient processes will certainly help to solve some of the problems plaguing primary care, what many of the patients consulting with GPs want most is a cure for what ails them. Clearly then, trials of new drugs are as important in primary care as in the rest of medicine. However several speakers noted that GPs do have to take the results of such trials with a degree of realism. Rupert Payne of Cambridge University presented evidence that the increase in acute kidney injury seen in recent years is potentially attributable to the increase in prescriptions of ACE inhibitors and angiotensin receptor blockers. While these drugs have passed clinical trials, Dr Payne made the point that GPs in the real world don’t always use medicines in the ways expected by those designing and assessing clinical trials. Dr Payne called for greater use of pragmatic primary care based trials to reflect the differences between routine primary care and clinical trials conducted in secondary care.

A different note of caution over the results of clinical trials was raised by Ben Goldacre, of Bad Pharma fame. He discussed the issues with ‘missing’ clinical trials and the tendency for negative results to go unpublished. While making it clear that his agenda is not anti big pharma per se (“there is no medicine without medicines”), he did call on GPs to be cautious in prescribing drugs produced by companies who are not transparent with their clinical trial data, especially those who refuse to sign up to the AllTrials campaign. BMC Family Practice, like all BMC-series journals, is a firm adherent to these guidelines and refuses to publish unregistered clinical trials. Hopefully then, GPs can feel at least slightly less cautious when reading research published with BMC.