BMC Complementary and Alternative Medicine outlines changes to its guidelines for authors to help clarify when the journal will and will not consider studies involving the experimental testing of traditional treatments in animal models.

What represents sufficient justification to conduct a scientific study? It’s an interesting question, and one that needs to be considered by researchers, publishers and funding bodies alike. At heart, the issue can be boiled down to a question of evidence and outcome: is there sufficient evidence to expect that investigating a particular treatment or system will yield results that are likely to be profitable in some way, either monetarily or as a contribution to scientific knowledge?

Here at BMC Complementary and Alternative Medicine we are of course interested in outcomes. When deciding whether we can even consider a manuscript for peer review though, it is usually the rationale behind a study that is most important to us, and in particular the source of the evidence underpinning this rationale. 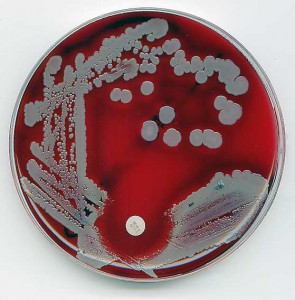 In general, we would consider the scientific process to follow a well-defined, pre-determined path. Consider, for example, the identification of a plant of medicinal value. We would first expect it to be tested in cell lines or against reference pathogens, and then perhaps primary animal tissues. Ideally at this stage the active compounds within the plant should be isolated, or some attempt made to identify the major constituents of the plant through chemical analysis (HPLC or similar). This then provides the evidence to justify testing in an animal model, which subsequently provides further evidence (and, importantly, the toxicological profile) to justify the transition to studies in humans.

There is therefore a clear and well-established methodological route from cells through to animals, and finally to humans.

This issue becomes interesting when applied to traditional herbal medicine, where treatments have often been used on humans for hundreds, if not thousands of years without any investigation into how—or indeed if—they work. How does this situation affect the process set out above?

The simple answer is that it does not change it at all. We would still expect a manuscript detailing an animal study of a traditional medicine to include fully referenced justification from cell line studies, and/or other previous animal studies, in its Background section. From an ethical standpoint, the traditional use of a herb or plant cannot justify animal experimentation. Further, as scientists we have to respect the process by which new discoveries are made and the strong evidence base that is required to take a plant, or its compounds, from nature throu 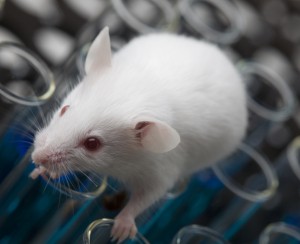 gh to the pharmacist’s shelf.

This of course does not mean that traditional use can play no part in the discovery of new drugs or treatments. Certainly it can point us in the direction of plants of potential value. Importantly though this can only be used as an indication, not evidence, and can only feedback into the very early, laboratory-based stages of the scientific process. The fact that a treatment has been used for hundreds of years does not justify the sacrifice of numerous animals, without some indication from controlled scientific studies that an effect is likely to be observed.

In order to try and clarify this, we have recently made a change to our Instructions for Authors for Research Articles. These now include the following paragraph:

In general, the rationale for conducting studies of efficacy in humans or animals should be supported by previously published, in vitro evidence of the activity of the study intervention that is based on conventionally understood biological, physiological, chemical or physical mechanisms. We will not usually consider ‘traditional use’ alone as a sufficient justification for interventional animal or human investigations. Consideration of such studies for BMC Complementary and Alternative Medicine will be on a case by case basis and at the Executive Editor’s discretion.

As stated, we will consider each manuscript on a case by case basis. However, our general policy will be that if you are unable to justify animal or human studies with findings from previous experimental research, then we will be unable to consider your submission.

Any enquiries about the suitability of a manuscript for consideration in BMC Complementary and Alternative Medicine should be directed to the Executive Editor through bmcserieseditorial@biomedcentral.com.