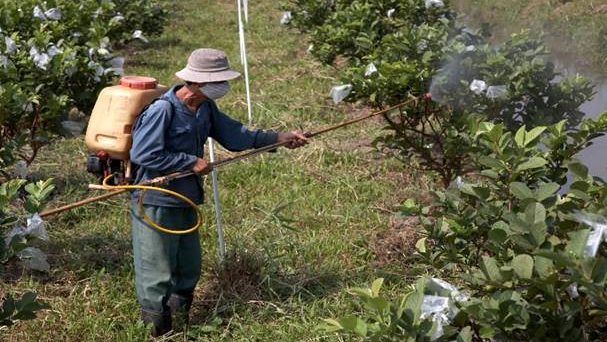 Philip Taylor and Robert Reeder, research scientists at CABI, did not start out looking for trends in antibiotic use in crops. In fact, both Drs. Taylor and Reeder’s primary interest at the start of their study was to simply understand the general use of agrochemicals and other agents by smallholder farmers in lower and middle income countries (LMIC).  What they found, however, as explained in their recently published article in CABI Agriculture and Bioscience, demonstrates how real-world data, drawn from community support networks, can unearth previously unknown uses of antibiotics which help protect the livelihoods of smallholder farmers, but also have potential global implications for human health in the long term.

The use of antibiotics in the medical and veterinary sciences, and the subsequent concerns and antibiotic resistance are well documented; data and information about the use of antibiotics on plants and crops, on the other hand, is apparently lacking. In their article, “Antibiotic use on crops in low and middle-income countries based on recommendations made by agricultural advisors,” Philip Taylor and Robert Reeder report that the use of antibiotics in horticulture and agriculture is wider spread than initially thought, and could even have implications for possible antibiotic resistance in human pathogens.  Taylor and Reeder recently sat down with Nik Grünwald, Editor-in-Chief of CABI Agriculture & Bioscience to talk about their interests in the use of antibiotics on crops, their backgrounds, and to share more about the findings of the paper. The video interview can be viewed on the journal website.

“We started this study to see what was being used around the world,” Reeder says during the interview. Their findings regarding the use of antibiotics on crops came as part of a larger project to understand wider patterns of use of agrochemicals and extension agents by smallholder farmers. “We were surprised at how little existing information there is,” Reeder and Taylor say in the interview.

Their analysis covered close to 400,000 records of interactions between smallholder farmers and agronomists across 32 countries from the database used by Plantwise, a global network of local clinics supporting smallholder farmers. The program has been operated by CABI since 2011, and allows local farmers to bring samples of diseased plants to clinics for diagnoses and treatment recommendations by trained agronomists. Each diagnosis and recommendation by an agronomist is logged in the Plantwise database.

The outcomes reported in the article are just the beginning of longer term research, as Taylor and Reeder plan to continue their analysis of Plantwise records. As time progresses and further interactions are recorded, more insights will be available. They will continue draw further observations of treatments for diseased crops, and share their insights. In the meantime, referring to reports from the World Health Organisation (WHO), Food and Agriculture Organisation (FAO) and the World Organisation for Animal Health (OIE) indicating that only 3% of participating countries make any effort to monitor the use of antibiotics on crops, Reeder and Taylor both think now is the time for policy makers to become involved.

They are cheap, and they work, and for the individual farmer, there is very little downside at all to using them. However, for humanity as a whole, I think there is potentially a massive downside, because their use may assist in the development of antibiotic resistant human pathogens, which will of course be disastrous for everyone.

Appreciating that the use of antibiotics is complex, with real benefits to farmers, but negative consequences potentially for human health, the authors speculate that it will take more discussion and legislative interest to understand and manage the impact and consequences of antibiotic use on crops. “They are cheap, and they work, and for the individual farmer, there is very little downside at all to using them,” says Taylor. “However, for humanity as a whole, I think there is potentially a massive downside, because their use may assist in the development of antibiotic resistant human pathogens, which will of course be disastrous for everyone.”

To hear more about the authors’ findings, their backgrounds, and recommendations from their research, view their video interview.

Launched in June 2020, CABI Agriculture and Bioscience is an open access journal, facilitating rapid peer review with the aim of making findings immediately available to all readers worldwide. The journal is the official journal of CABI, and is published in partnership with BMC. 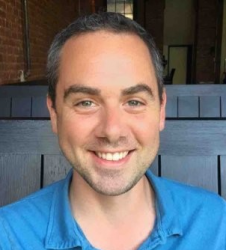 Publisher at Springer Nature
Dylan is the Publisher responsible for supporting the development of journals publishing in the agricultural, plant, animal and forestry sciences under the BMC and Springer imprints at Springer Nature. He has over twelve years of STM publishing experience in various roles supporting content development, and more recently, in supporting and promoting sustainable models of open access and open research. Dylan also has previously worked in broadcast media and marketing, and is focused on using his collective experience to promote the findings of the research communities he serves.