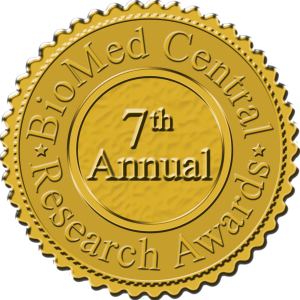 Over the last six years BioMed Central’s Research Awards have been successfully highlighting the very best research that has been made available through open access publishing, chosen by you and selected by internationally renowned judges.

This year we’ve taken a closer look at our ten category awards and refined subject areas . Each award now allows us to distinguish the articles that deserve recognition across several disciplines. 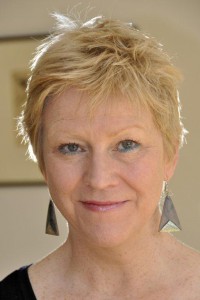 Last years’ BioMed Central Research Award winner, Áine McKnight talks about what receiving the award has meant for her and her team in this guest blog.

Publishing our work in BioMed Central’s open access journal Retrovirology was, in itself, extremely rewarding and gave plenty of exposure for our research.  We found the procedure for publication with BioMed Central to be swift and easy.

Our paper, ‘A whole genome screen for HIV restriction factors Retrovirology 2011, 8:94 (14 November 2011)’, describes a screen of human genes (almost 20,000) for those that inhibit human immunodeficiency virus (HIV) infection.  By inactivating expression of each gene separately, using a specific siRNA library, and determining the effect on viral replication,  we identified over 100 genes with anti-HIV-1 activity.

Being able to follow the access metrics online for our paper was a real plus for us.  Within three days, our publication hit the top of the list of most accessed papers that month.  Winning the BioMed Central Research Awards 2011 gave our article a further boost, and raised the morale of my whole team. By the end of 2012, just a little over a year after the paper was published, it had been viewed almost 4000 times. This is reflected in a high citation rate!

While the paper focussed on a number of the genes identified – One of the more exciting genes, PAF-1, was later shown by a paper in Nature to have activity against influenza virus (Marazzi et al).  Since then we have analysed some of the remaining most potent genes and characterized their mechanism of action, and have discovered that the RNA exosome plays a role in restricting viral replication – a very exciting result. We look forward to publishing further exciting results with BioMed Central.

Winning the prize for BioMed Central’s open access publication of 2011 was very timely for us here in the UK. A report commissioned by the UK minister for education David Willetts concluded that open access is the future for academic publishing in the UK. We have been able to refer to the award in a number of recent grant applications and hope that this will support our applications for funding to continue our research.